Adding Dance to Your Fictional Culture 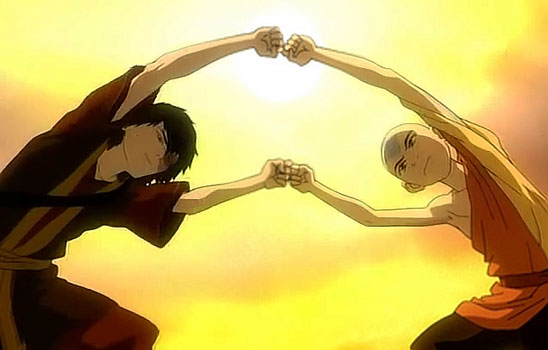 All human cultures include dancing – with the possible exception of groups that specifically forbid it. Not only is dancing intrinsic to our nature, but it’s an amazingly versatile activity. Dreaming up some dances can add a splash of realism and interest to your creative project. 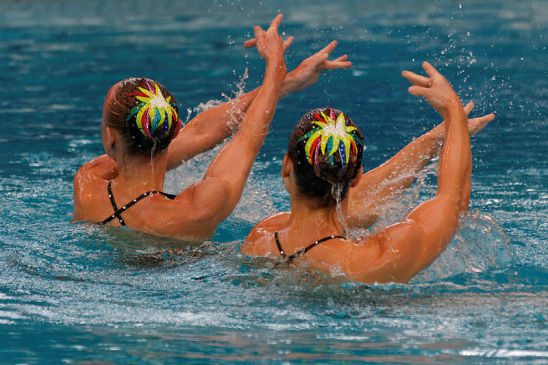 Make Up For Ever 2013 by Pierre-Yves Beaudouin used under CC BY-SA 3.0

Dance stretches far beyond a group of people at a ball or club. Any type of movement can become dance. Your world could have skii dancing, swim dancing*, or row-dancing. We’re likely to refer to movement as dance when:

Music and dance enjoy a close relationship. Musical pieces are often composed for a particular dance, and dances are often choreographed for a piece of music. Dancing can be used to teach music, and some dances, such as tap dancing, create music. To your culture, musicians and dancers could be one and the same.

But music is not a requirement for dance. The dancers of your setting might silently shift from one position to the next, following no particular rhythm.

What Is Dancing For? 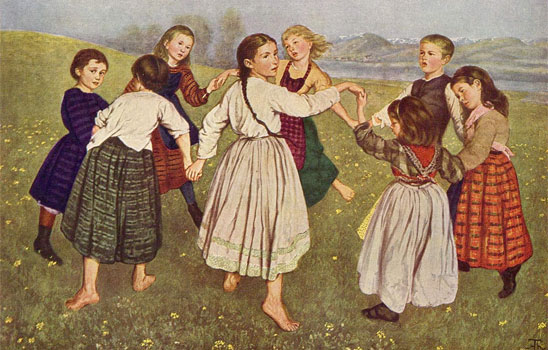 Dancing is probably so common because it fulfills a variety of purposes. You have an opportunity to add dance whenever the people of your culture engage in:

It can be great fun to dance – or watch someone else dance. Participatory dances can have game-like components, challenging dancers to follow the leader, out dance someone else, or move faster and faster until they can’t keep up. We’re amused just by watching bad dancers. Skilled specialists can amaze, shock, titillate, or mesmerize onlookers.

This power combo of performance and participation makes dancing one of the most popular recreational activities across cultures. If the humans in your setting throw large parties without any dancing, ask yourself why.

It’s easy to be unaware of just how much we communicate with body language – but it’s a lot. And those signals are easily incorporated into dance. Traditionally, many dancers doubled as storytellers. There are still many dances like Ballet and Noh, in which dancers wear elaborate costumes and perform as part of a play.

Dancing also provides additional social opportunities. For instance, the United States and Europe are generally considered to be no-contact cultures. We stand in separate bubbles, and touching is considered a sign of sexual intimacy. That is, except for when we dance. Suddenly we can get really close to each other and holds hands with strangers without anyone thinking the less of us.

That makes it easy for flirtation and seduction to take place. Eye contact, sexualized movements, or a playful grip can communicate interest. When I was fourteen, a man I was dancing with tickled my palm several times with his finger tips. I interpreted it as flirtatious, and rejected him by squeezing his hand really hard whenever he did it. Any large dance will be filled with similar social signals.

Whether we like it or not, dancing also advertises our physical prowess to those around us. That makes it a common display behavior. By dancing, we can intimidate an enemy or impress a potential mate.

Dance is incredibly demanding physically. Professional dancers are strong, fast, flexible, and have amazingly precise control over their movements. Most people who are engaged in a strenuous pursuit can benefit from dance exercises that incorporate motions they need to practice. That’s probably why war dances are so common. Even ancient Sparta had the Gymnopaedia, a yearly event where the youth war danced naked. This was considered excellent training in both music and war.

And as with other physical activities, there isn’t a solid line where martial arts end and dancing begins. Many traditions, such as capoeira and combat hopak, are both. In your setting, smoothly spinning monks or frilled entertainers might bust out some deadly moves once enemies crash their party. This type of double duty is not only possible, but likely.

The physical requirements of dancing also make it a top choice for competitions. Consider adding some form of dance to the tournaments in your kingdom or the showdowns in your virtual gaming paradise.

Any practice with so much variety inevitably becomes an art. As an art, dance has become cherished by many cultures, even integrating into rites of passage and belief systems. Many dances, like the Morris dance or Sufi whirling, have ritual as their primary purpose. Others have ritual as a side benefit. The Spartans liked the Gymnopeadia as a training exercise, but they also hoped it would appease their gods.

Considering how central dance is to culture and belief, it’s surprising and unfortunate that so few worldbuilders use dance in their magic systems. If magic wielders can cast a spell by saying a word, why not by swaying rhythmically? Perhaps a cleric’s staff doesn’t conduct magic or act as a weapon, but the cleric twirls it to request divine assistance. Because dance is underused, giving it special significance will make your setting stand out.

What Are the Different Types of Dancing? 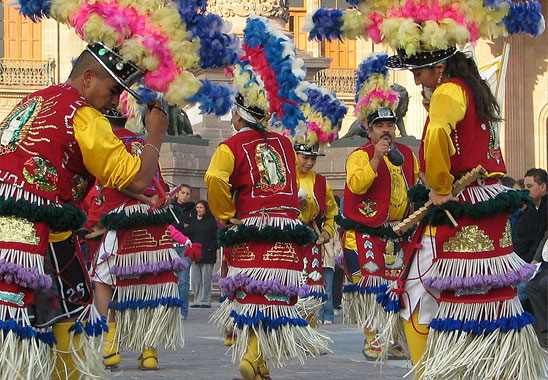 Bailando by eperales used under CC BY 2.0

The sky’s the limit when deciding what your dance should look and feel like. But to get started, you can ponder these choices.

How many people are dancing together?

People might dance alone, in a pair, or as part of a larger group. It could also be some combination. Perhaps a group starts dancing as individuals as then slowly comes together as the dance progresses. Or you could have an arrangement like square dancing, where people are paired off, but then four of those pairs come together to make a group of eight. Your pair of eight could be in turn part of a larger group, forming an endless pattern.

If you have a whole group, you can also decide if they form a shape together. They might all join hands in a circle, create a long line, or pile into a pyramid.

Are the dancers coordinated or choreographed?

Performers often follow pre-planned motions, whereas those in a social dance are more likely to wing it. But that’s not necessarily the case. There are many great dancers that improvise, and social dances like contra have steps planned out to the music. To keep everyone together, a caller announces each move to the group. Other improvised dances use following to keep dancers coordinated. In paired ballroom dancing, one person is usually the leader, and the other dancer matches their movements.

If the group is coordinated, they might use the same or different movements. A group dancing the marcarena together will be doing the same motions at the same time. Alternatively, one of them could start the sequence sooner or perform some solo moves. Dancers might also have different but complementary movements. A pair engaged in a fighting dance might try to surprise their opponent with an unexpected move.

Dances where everyone is improvising on their own, such as at a contemporary club or rave, are actually an exception rather than the norm.

What types of motions are used?

It’s difficult to categorize something with so many possibilities. Again, you can get inspiration from other physical activities your culture engages in. If they are a farming culture, they could have a harvest dance incorporating reaping motions.

Otherwise, you might think about whether dances are fast or slow, how small or large the motions are, and whether those motions are smooth or abrupt. Do they focus on specific parts of the body? Do the great dancers show off with acrobatics or detailed footwork?

What tools and accessories are used?

Most dances call for specific apparel, particularly if it is a performance dance. The right mask might represent evil spirits or a hero in a story. Long veils or wide skirts can be spun or waved so they float in the air. What parts of the body to conceal, and which to reveal, are critical considerations for any dance costume. For instance, a bellydancer usually wears a loose skirt or very loose pants. This is partly because legs are sexualized in the Middle East, but it also hides the bending and straightening of the dancer’s knees. This makes the resulting hip movements look more spectacular.

Handheld tools and weapons are also commonly used in dancing. In the previous example of a farming culture using reaping motions for their harvest dance, it is likely they would be dancing with a scythe. They might twirl, throw, or swing it as they dance. Generally the tools used in dancing are not the real thing, but smaller and lighter versions. However, these traditions probably started with the genuine article, so your dancers might wield real swords. Alternatively, the implement they use could be much more mundane. They might carry brooms or umbrellas, or even balance pots on their heads.

Dances From Around the World

For inspiration, I’ve put together this short video playlist of diverse dances.

Remember that dancing is too ingrained for any culture to have just one kind of dance. There could be different dances for different seasons, different social classes, different genders, or all of the above. But even if you only show one dance to your audience, it will still enrich your setting.

As you can see above, we have that in the real world.