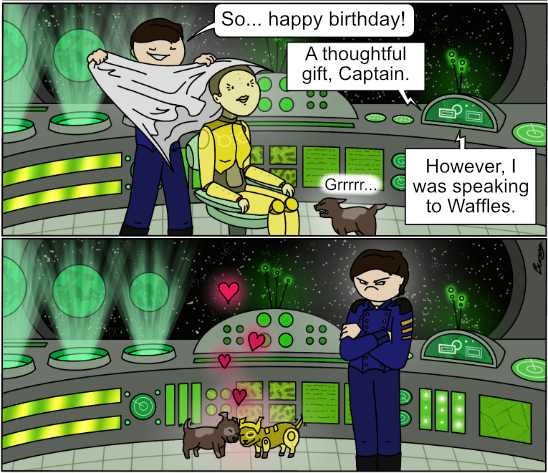 On a spaceship, a figure is hidden by a large white cloth. The captain holds the end of the cloth, about to unveil it. A small dog yips at the captain’s feet.

Captain: You said you wanted a physical form to be closer to me. So… happy birthday!

The cloth has been taken off to reveal a sexy female android body. The captain smiles in self-satisfaction. The dog growls at it.

Computer: A thoughtful gift, Captain. However, I was speaking to Waffles.

The captain sulks as, in front of him, the small dog rubs heads with a small android dog, hearts floating above them.