Of Mice and Politics 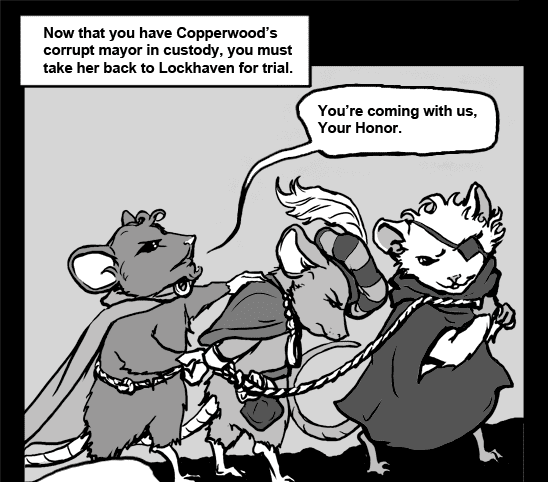 In the game, Emma and Farid are escorting a well dressed mouse-prisoner. Tash’s words appear in voice over.

Tash: Now that you have Copperwood’s corrupt mayor in custody, you must take her back to Lockhaven for trial.

Farid: You’re coming with us, Your Honor.

At the table, Emma asks a question and Tash picks up the book.

Tash: I’m not quite sure, I’ll check.

Tash buries her nose in the book.

In the game, Farid and Emma look exasperated.

Farid: So, are we going to escort the mayor for trial?

At the table, Tash is typing furiously.

Tash: Just a minute, I need to write a thesis paper about the Guard’s political implications first.