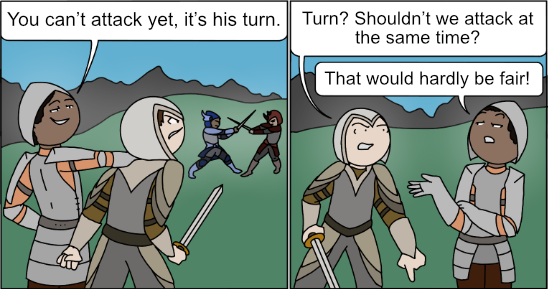 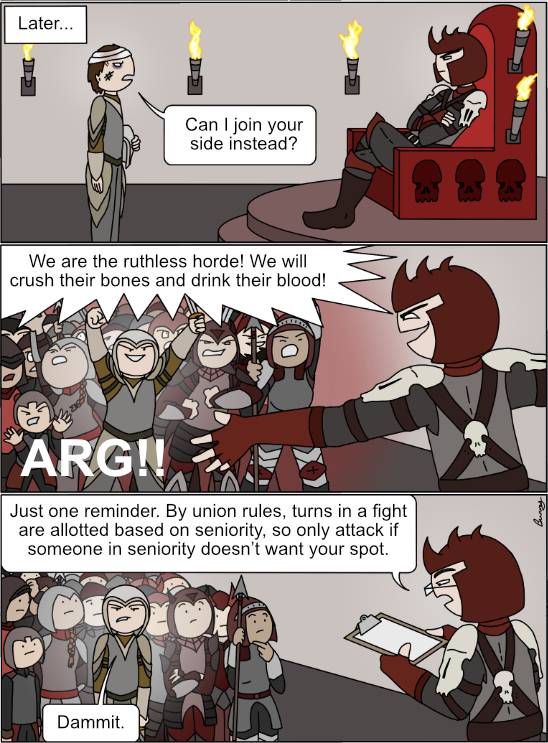 In the background, a Team Good hero is fighting an evil minion. In the foreground, Hero 1 holds Hero 2 back from the fight. Hero 1 looks self-righteous and smug, while Hero 2 appears incredulous.

Hero 2: Turn? Shouldn’t we attack at the same time?

Hero 1: That would hardly be fair!

Later… Hero 2 looks beaten up as they speak to the warlord.

Hero 2: Can I join your side instead?

At the Team Evil headquarters, the warlord is riling up all the evil minions.

Warlord: We are the ruthless horde! We will crush their bones and drink their blood!

Warlord is wearing glasses and looking at a clipboard.

Warlord: Just one reminder. By union rules, turns in a fight are allotted based on seniority, so only attack if someone in seniority doesn’t want your spot.