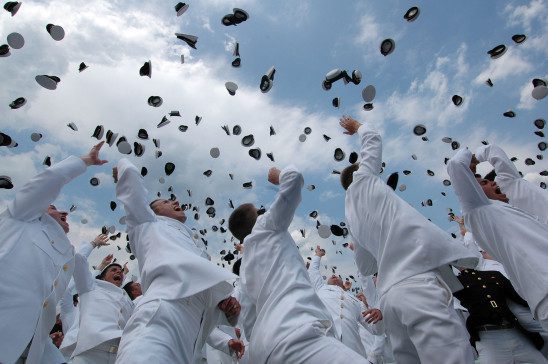 Depicting rites of passage is a fantastic way to show off your fictional culture. That’s because these rituals combine the most important elements of a culture into a memorable event. Chances are very good that social roles, moral values, lifestyle, and religion will all make an appearance. But beware – this also means that if you invent rituals before making changes to your culture, you’ll have to redo everything.

If you’re ready to create rites of passage for your society, this will get you started:

When Do Rites of Passage Occur?

Rites of passage are found whenever someone’s lifestyle changes substantially. New responsibilities, new homes, new workplaces, new schools, or a new place in the social hierarchy are common reasons for life changes. Chances are good that when you tell your friends or family “let’s go out to celebrate,” you are initiating a small rite of passage in honor of an important occurrence.

So examine the stages of life in your culture, and find those spots where an individual’s circumstances will dramatically change. If your culture resembles the cultures on earth, they are likely to include:

What Takes Place at Them?

Rites of passage vary a great deal in their importance to a culture. For rites that are less important, generic and casual celebratory activities may be all that’s involved. If many people are undergoing the same rite of passage at the same time, their ritual may be done together for efficiency. The rites that are the most important to the culture will be emphasized by unique rituals that are conducted separately.

Bigger Rites Have Many Stages

In addition, many rites of passage begin with a ceremony that allows the subject to say goodbye to their old life, then proceed with a period of isolation, and are finalized when the subject re-enters the community with their new status, and possibly with a new name. This might be why in some western cultures, the bride and groom aren’t supposed to see each other close to the wedding. They say goodbye, stay apart, and then are reintroduced to each other as husband and wife.

Activities will differ from culture to culture, what’s permissible in one may be taboo in another. However, most rites of passage have one or more of the following:

Funerals have another special activity: disposal of the body. While the belief systems of your culture will provide a symbolic or religious explanation for their disposal method, practical considerations rule. The most popular options across cultures are cremation, which requires wood and puts smoke into the air, and burial, which requires land with a thick layer of topsoil. Seagoing cultures are likely to sink bodies into the ocean, and if your culture lives near a huge pit into nothingness, they’ll almost certainly send the departed through it. More rarely, cultures living in rocky, mountainous areas with little soil or wood will leave bodies for animals to consume.

High tech cultures have many more options for disposal, such as sending bodies into space, condensing them into diamonds, or freezing them in carbonite.

Rites of passage will display the social roles of your culture. The head of the family will probably plan and lead ceremonies. Children and other low status members are often given errands and other small and menial tasks. During many rites, the subject is cloistered with only the closest family members. Those family members may be given other special privileges, such as seating at the front of a banquet. Who is given the important roles, or included in exclusive spaces, will signal to your audience what people and relationships are considered important in your culture.

Gender roles become especially obvious during rites. In many rituals, each gender has a specific task. The gender with the lowest status may be barred from important functions, or only those of the subject’s gender may be allowed to teach, prepare, or present them. Though most marriages are between people of different genders, they often include some functions that are segregated by gender. The presence or absence of segregated activities is a strong signal of how powerful culturally-assigned roles are. If your culture has freed themselves from gender roles, every activity will be mixed gender.

For coming of age rites especially, ceremonies may be different depending on the gender of the subject. Rites symbolizing the transition from girlhood to womanhood are often conducted at a younger age than rites representing boyhood to manhood, and in some cultures the transition to womanhood has much greater significance. The reasons for this are probably that women mature sooner and are generally married at younger ages, and that the onset of menstruation provides a clear boundary between child and adult. Blood has symbolic importance in many cultures, and more than a few mark the beginning of menstruation by sending the young woman into isolation, and engaging in purification rituals. When male coming of age does have special significance, it often involves dangerous trials, such as hunting large predators.

Marriage rites will display the balance of power between the genders involved. Most cultures today are patriarchal, so many marriages involve a symbolic change in ownership over the bride, from her father (or her family in general) to the groom. For this reason, it’s common for the groom, followed by supporters, to go to the house of the bride’s family to claim her. He might have to prove his determination by getting past a bridal family blockade, rescuing her from “kidnappers,” or serenading her. The bride’s father is likely to present her at the ceremony, and she might vow to obey her new husband during the proceedings. If your culture is matriarchal, these gender roles might be reversed.

How Does It Vary?

Identify your cultural fault lines, and decide how the rites of passage differ on either side of the divide. Your society could contain numerous ethnic minorities with their own traditions, or a caste system where each caste has different rituals. If your culture has strong family lineages, each lineage might put its own spin on the rites of the culture.

Unless your society is isolated, it has been undergoing gradual or dramatic change as it encounters and competes with other cultures. Whenever there is change, there will be traditionalists and modernists with different ideas of how things should be done. Perhaps all marriages used to be arranged by the family, but now many are love marriages chosen by the couple – or vice versa. Elders could bemoan the death of important rituals that the youth have little interest in. Adopting foreign or progressive practices could be banned by a traditionalist elite, or a new ruler could subscribe to a new belief system, mandating that all ceremonies follow its precepts.

If your cultural fault lines are big and dramatic, the choice of which rituals to use during a rite of passage will have great social importance. Whether the people planning a ceremony want it or not, choosing their rituals will signal their cultural allegiance to all the participants.

Creating rites of passage is one of the most enjoyable worldbuilding activities. While you shouldn’t forget the practical needs of your culture, many ceremonies are full of color, creativity, and meaning. They’ll make your society come alive.