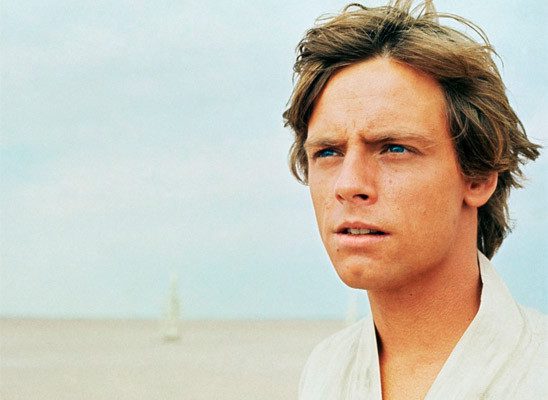 Luke Skywalker, the next-to-last hope of the Galaxy.

Archetypes tell us what role a character plays in a story. Many of these roles are critical for storytelling, but some are just the opposite. Troublesome roles allow storytellers to cut corners, reducing the overall quality of the tale. Take these five archetypes: 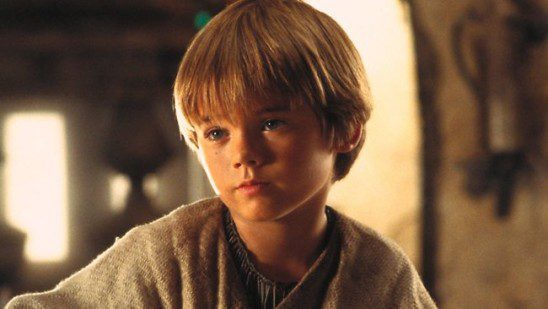 To see why the chosen one should be left behind, look no further than Anakin Skywalker from the Star Wars prequels. In the Phantom Menace, plot holes are hand-waved by mentioning his immaculate conception and high midi-chlorian count. Why do we spend so much time watching him in a pod race? He’s the chosen one; everything he does is important! Why does Qui-Gon Jinn bet an entire ship on him while abandoning his mother? He’s the chosen one; he must be the center of attention. Ignore that he’s a boring little kid with no plot relevance.

Characters of the chosen one archetype are hailed as the most important person in their setting for reasons that are entirely outside their control. The archetype is used to prop up bland characters who have done nothing to earn praise. Because these characters were born better than everyone else, they don’t have to practice or work hard to make a difference. In the Harry Potter series, Harry is worshiped because of what his mother did, while his hard-working friend Hermione sits in his shadow.

Because the chosen one is destined to change the course of history all on their own, the efforts of a larger community are quickly sidelined or forgotten. In A New Hope, the Rebel Alliance looks incompetent after Luke Skywalker swoops in and takes out an entire deathstar. And unlike many other chosen ones, he actually had some outside experience. By leaving the world-saving to one person, you’ll get a setting that is shallow and simplistic. No one makes history in a vacuum.

Heroes can still stand out in a crowd, but they should earn their titles with hard work and the right choices, not because it was preordained by the cosmos. 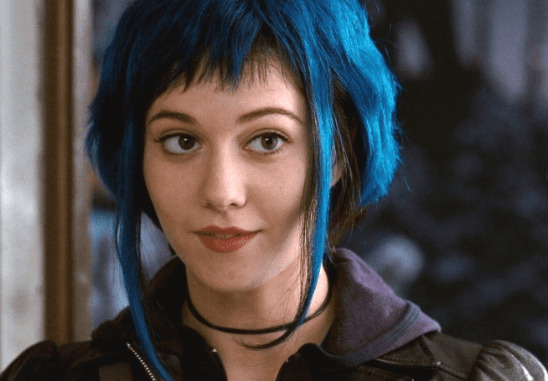 In Scott Pilgrim vs. the World (2010), Scott goes through seven trials in order to date Ramona. If you’ve ever wondered why the two lovebirds at the center of this movie have zero chemistry, it’s because it’s not a love story. It’s about how Scott climbs the social ladder by defeating seven people with increasing levels of “cool factor.” Ramona is just an indicator of whether he’s made it into the cool club. They only exchange a few words before he falls for her, but she’s clearly more hip than him, and that’s all he needs to know.

She’s the prize. Characters of this archetype don’t exist for themselves; they are simply there to bestow glory on whoever “owns” them. The owner at the beginning of the story is usually a father, husband, or lover. Not just any father or lover, but a really powerful one. In most cases, it’s this powerful owner that makes the prize worthy of attention. In Ramona’s case, she has seven owners – ex-boyfriends (and one ex-girlfriend) that are cool, tough, and claim the right to decide whether she dates. When Scott succeeds in taking ownership of her away from them, he’s completed his social climb. He becomes an alpha male, and his prize is there to prove it.

I probably don’t need to explain why reducing a person to a shiny new corvette isn’t a good practice. But it also uses a character as a weak intermediary between the two people the story is really about – the hero and the owner. To fix the prize archetype, just combine the prize character with their owner. Let the scrappy hero woo the chieftain herself instead of the chieftain’s daughter. Once the prize controls their own sexuality, you’ll be forced to give your romance some genuine conflict. 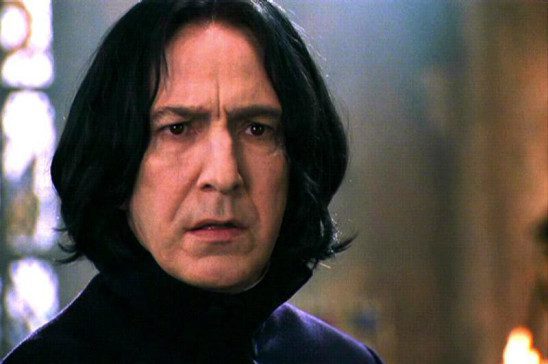 Snape from Harry Potter has many strong points, but the way he treats Harry is cartoonish. Snape hates him because of a few arrogant mannerisms no other character notices that were supposedly inherited from a father Harry never knew. The message from Rowling is clear: there is no logical* reason behind his feelings, just irrational prejudice.

What would happen if Snape had a decent justification for his antagonism? Harry would need significant flaws for him to dislike. They would have a serious disagreement that was the result of a legitimate difference in opinion. Hell, Snape and Harry might even learn something from each other, and eventually bridge their differences. But we can’t have that, because Harry must be a paragon of virtue.

So that’s where the hero-hater comes in. Every hero needs an antagonist to struggle against. When the storyteller wants the hero to be flawless in the eyes of every decent person, they create indecent people to torment them. These characters are usually motivated by jealousy of the hero’s perfection, but they can have any motivation that’s a character flaw on the part of the hater and is never – absolutely never – the fault of the hero.

If that’s what you want, make your hero part of an underprivileged group and your hater motivated by bigotry. As long as you fully integrate this injustice into your setting, your bigoted hero-haters will add rather than detract from your story. That’s because you aren’t just using them to shower your hero with candy. You’ll be conveying a meaningful message and offering motivation that is compelling. Rowling already had prejudice against muggle-borns in her setting, all she had to do was make Harry one of them. Or again, switch him out for Hermione. 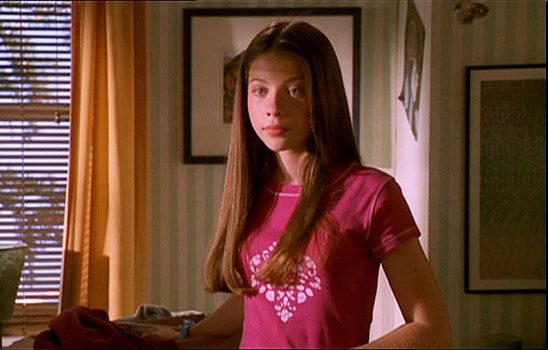 In season five of Buffy the Vampire Slayer, some magical monks decide to take this mystic key they have and give it to Buffy as a sister named Dawn. Buffy soon learns that the key was given to her so she would guard it from an evil goddess who wants to destroy the world. And Dawn? She has no memory of what she was. She can’t harness any of her powers, and so she has no way to defend herself against the evil goddess. It makes you wonder why the monks didn’t turn Dawn into a set of actual keys; they would have been easier to hide and a lot less trouble.

The damsel is distinguished by their interchangeability with a paperweight that has sentimental value. Their personal attributes are irrelevant; what matters is the hero’s emotional attachment to them. They are prevented from doing anything that matters or even defending themselves, just so the hero can do it on their behalf. The villain kidnaps them; the hero frees them. The villain endangers them; the hero saves them.

It begs the question: why bother with the damsel at all? The hero is usually attached to their own life; let them get kidnapped and free themselves. If you want you hero to selflessly save others, you still don’t need a major character to scream and kick their legs helplessly. Instead, your villain can threaten a busload of adorable kittens that are being broadcast over the internet. Don’t fashion a character just to use them as a prop. 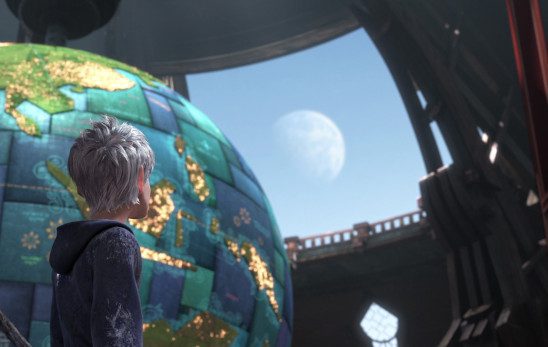 Despite being far away, Man in the Moon decides the fates of all the magical beings in Rise of the Guardians (2012). He brings Jack Frost to life, names him, and then abandons him to cluelessly wander the world. Hurt by the Moon’s silence and the cruelties of his new life, Jack makes trouble for several hundred years. Then the Man in the Moon upgrades his status to “guardian” without even telling him.

The puppeteer is a powerful character that knows what’s best for everyone else. In most cases, they aren’t heavily involved in the events of the story, or they would dispel all mysteries and resolve all conflicts. So instead they act in a completely irrational manner, leaving the hero to struggle without their help or guidance, even when they desperately need it.

Design kind and knowing gods to your heart’s content, but reconsider before putting them in your story. First, because they disempower other characters by making decisions for them. This not only removes character agency but also reduces character conflict that would enrich your story. What if the guardians had to choose Jack to join their team, even though they dislike him after all the trouble he’s caused? What if Jack didn’t have the Man in the Moon to verify he was worthy of being a guardian? The story would be more meaningful without hand-waving everything the Man in the Moon decides.

Every character worth developing shapes their own destiny through the choices they make, even though they won’t always make the right ones. If you take choice away from them or make their choices easy or meaningless, you might as well cut them out of the story.