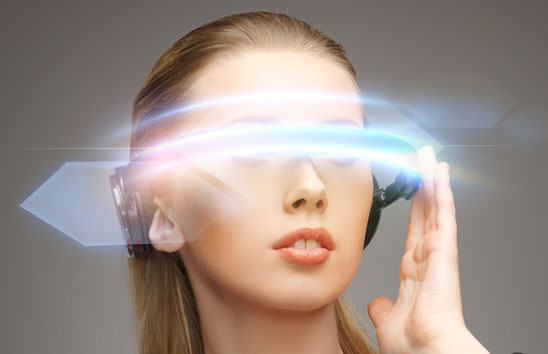 Set a science fiction story far enough into the future, and you’re bound to see characters with bizarre and fantastic powers. From super-strong post-apocalyptic mutants, to cybernetically enhanced space marines, to living-dead zombies, it’s clear that writers can – and do – apply an artistic license to humanity. But humans are capable of some pretty crazy things already, and some oddities don’t require breaking any rules – only bending them.

Here are five examples of crazy things humans can already do.

1. Absorb nutrients through our skin

Higher organisms have tough, waterproof skin for a reason: strict separation between “self” and “outside” is foundational to life. So then why does our breath smell like garlic when we rub a raw clove on our skin?

Skin isn’t perfect. The skin and outer coverings of most higher organisms (for example: you) can keep water out – but plenty of sneaky chemicals just let themselves in.

Of particular note is a chemical called DMSO: dimethylsulfoxide. This amazing solvent doesn’t just find its way past our skin into our blood, it can bring practically anything along for the ride. DMSO on its own isn’t particularly toxic, but dissolve some cyanide or heavy metal salts in it and necrotic hijinks ensue.

Of course, poison is sooo passé. Damn-near anything can kill life; the real trick is sustaining life. Humans, like most animals, effectively run on sugar. Sugar can be dissolved in DMSO and absorbed directly through our skin into our bloodstream. And here’s the best part: people actually do this. People mix honey and DMSO and put it on their skin. They claim (somewhat dubiously) that it has health benefits – pain relief, mostly.

Admittedly, this method wouldn’t sustain your metabolism in lieu of food – and if it was scaled up (say, bathing in DMSO/honey baths all day), the low-but-non-negligible toxicity of DMSO would start to cause problems. But it’s not a stretch to assume that someone without access to an IV and unable to eat could be kept alive for a time using a skin-applied DMSO cocktail. And, with just a touch of evolution or genetic engineering… well, who needs a digestive system?

Remember the weird liquid that divers were breathing in that movie “Abyss”? As it turns out, humans can actually do that. Humans have been doing that, in a series of semi-secret Navy Seal ultra-deep diving experiments. There has also been much less secret (and much less well funded) experimental treatment of premature newborns with underdeveloped lungs. Survival rates jump from 5 to 60 percent on switching from air to perfluorocarbons: essentially, the liquid version of the non-stick surface of a frying pan. It’s not liquid oxygen (which would kill you for all the reasons) but it can dissolve a lot of oxygen — more than your blood.

Humans don’t need air to live, we need oxygen. As do all water-breathing animals like sharks and squid, which filter oxygen from seawater. Our lungs can’t pull oxygen from seawater (it just doesn’t have enough dissolved oxygen, even at the surface) – but supersaturated solutions of fluorocarbons? No problem.

As per the absorption of nutrients through the skin, just because we can do it doesn’t mean we’re designed for it. As you might imagine, there are some detrimental effects associated with long-term liquid breathing. For starters, we feel like we’re drowning when we breathe this stuff; it is not psychologically easy to have liquid in our lungs, no matter how well it works. Oh, and Navy SEALs frequently fractured their ribs, since liquids are much thicker and harder to move around. However, it wouldn’t take much technology, bioengineering, or evolution for our lungs to become dual-purpose gas/liquid oxygen extractors. There’s even a great suit design! (FYI, this is a necessary first step to creating scientifically plausible mermaids. In case that’s your thing.)

Humans are often described as having five senses: sight, hearing, touch, taste, and smell. Anything beyond this – a 6th sense – seems curiously supernatural. (I’d blame M. Night Shaymalan, except this was the case even before his twisty ghost movie.) But plenty of other higher animals have exotic senses; the classic example is electric field perception by sharks, but the magnetoception (not magnets-within-magnets; the perception of magnetic fields) of pigeons and fruit flies is pretty cool too.

As it turns out, humans can have magnetoception too. Humans can sense magnetic fields if we implant tiny magnets into our tissues. This implant-based electromagnetic perception might not be as sophisticated as that of, say, homing pigeons, but it’s pretty darn good for a 6th sense that we can just tack on at will. (It helps that it piggybacks onto an existing sense: touch.) In a future full of electronic equipment, you can bet that any enhanced secret agent or engineered supersolider is going to be able to detect the magnetic fields of common electrical equipment, the planet, or even organisms.

It’s worth noting that we aren’t the only organisms to give ourselves magnetic sensory reception using tiny magnets. Many bacteria do this. Tiny, ultra-simple organisms can possess a well-developed magnetic sense. Evolution may be a blind watchmaker, but it’s a pretty damn efficient one.

4. Talking to Machines Using Only Our Minds

Any good scifi nut knows that the cyborg denizens of the future will have all sorts of amazing implants that will let them interface – or even merge – with machines. Using their half-robot brains, they’ll be able to control amazing technology as if it were an extension of their body.

Seems reasonable enough… considering that we can already do that without implants.

Input devices that sense brainwave patterns exist. Heck, there’s a good chance that this is old news to most of you. Proficiency with brainwave-controlled peripherals takes a lot of practice, and ultimately most people accustomed to using keyboards, mice, and touchscreens (nowadays this category is also called “non-infants”) decide that it’s not worth it. Yet as the technology improves, and children are trained to control a cursor with their minds from a young age, expect plenty of hands-free control of computers, machines, mechs, what-have-you – all without implants. Not that digital-interface implants aren’t awesome. They are, and they’re likely to exist at some point. In fact, scientists are currently developing them. It’s just that putting on a headphone brainwave scanner is always going to be cheaper and easier than precise installation of arcane digital-organic communication interfaces into your delicate brainmeats.

Unsurprisingly, there are no examples of this in nature. This should change if animals and technology co-evolve for millions of years – but we’re a ways off yet. Unless these count.

Ah, if only there was some magic wonderdrug that could turn a 90 pound weakling into a hulking superhero. There’s really no substitute for endless hours of repeatedly lifting heavy objects like a trained monkey.

Well, except for great genes. That, and wonderdrugs. Okay, two substitutes.

On the rare occasion that a mutation hinders the production of a muscle-wasting protein called myostatin, beefcake-ity ensues. Myostatin is the treacherous little signaling protein that tells your body to keep its muscles from growing awesome-sized, as a way to retain precious, precious fat reserves. In the early 2000s, a boy in Germany was born with myostatin production turned off completely. He had better muscle definition than most adults… at seven months of age. Although doctors predict that he might have some heart issues as an adult (the heart is just a highly specialized muscle, after all), in the meantime, he’s perfectly healthy.

Retroviruses are not a viable method for changing your genes (yet), but in the meantime, supersoldier programs can rely on a wide variety of myostatin-blockers. Even us regular folks can take creatine and other, milder blockers – though the muscles will only last as long as the myostatin is suppressed. Turns out, since the production and use of muscle consumes fat, this is a two-for-one bodybuilding perk.

We don’t need new science to transform the world into a society of superheroes, just a different social outlook on the use of performance-enhancing drugs.

Evolution isn’t always our friend. We’re all technically the winners in the great game, but the goal of the game isn’t “be the most powerful, intelligent, and beautiful creature in existence” – the goal is to pass on genes. So we sleep for 8 hours a night to avoid predators, when we could really get by with 2 or 3 really efficient hours. We shed muscle and gain fat, because calories are hard-earned and difficult to come by in the wild. And we even risk horrible genetic diseases, such as sickle-cell anemia, to protect ourselves against more horrible environment diseases, like malaria. So many arbitrary little limitations, ready to be smashed to bits by the fearsome power of science.