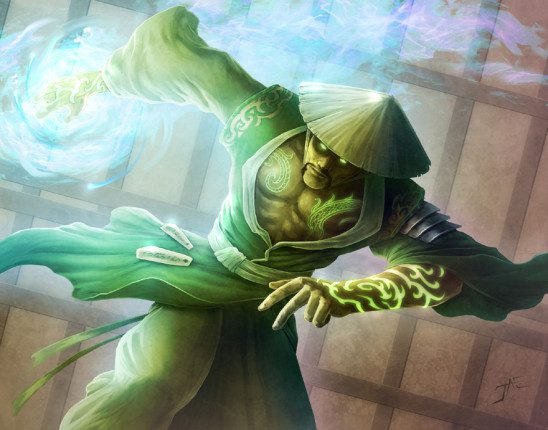 Magic systems are one of the trickiest elements in roleplaying games. The pitfalls are obvious. How do you maintain game balance while making sure that your magic feels… well, magical? A lot of systems don’t, and that’s just the start of it. Fortunately, not every system suffers from D&D 3.5’s problem of crazy overpowered wizards or 4.0’s habit of making magic feel incredibly mundane. Some games out there take their magic above and beyond, past being serviceable and into something that truly elevates gameplay. Let’s take a look, shall we?

White Wolf’s second attempt at the Changeling IP absolutely nailed the experience of being forever changed by the Fey. Players take on the role of humans abducted by the True Fey and kept as their servants in Arcadia. That experience strips away some of their humanity and replaces it with magic. The characters gain new powers as bits of themselves fade away. When they escape back into the human world, they bring those powers with them.

Changeling’s rules reflect this theme perfectly. It isn’t some Vancian system with a fairy reskin. The powers, while potent, are bound by ancient laws. Particularly clever Changelings can find loopholes in said laws and cheat the rules. These are called “catches,” and they always match the setting. You might avoid paying for a spell that traces footprints by walking barefoot upon the soil.

The game also includes rules for the classic fairy contract, which are my personal favorite. Changelings can forge these contracts with mortal humans, each other, or even more powerful magical beings. Contracts can be anything from “Grant protection to this home, and I will give unto you a bounty of gold” to “Give me a 1998 Toyota Camry, and in exchange you get three tickets to the Superbowl,” so long as there are at least two parties willing to make a deal.

Breaking a contract carries hefty penalties, because it’s more than just a mortal promise. The magic of Arcadia is at work! There are even rules for tricking someone into a contract through clever wordplay, which fits fey mythology like a glove.

2. Legend of the Five Rings

Legend of the Five Rings (L5R) is a game based on highly romanticized samurai culture, as I’ve mentioned before. The magic users are called shugenja, a sort of combination wizard priest.* They effectively have two forms of magic. First there’s the D&D style spell slinging, which is fine but nothing to write home about.

A shugenja’s secondary form of magic is much more interesting. It consists of communing with the elemental spirits that make up everything in the natural world and currying their favor. This emphasizes the role of shugenja as priests rather than wizards and fits in better with L5R’s overall flavor. It is a rare example of a highly social magic system. Rather than using brute force, PCs must finesse their way into the spirits’ good graces. The fire spirit will be much more inclined to help you if given some beautiful poetry to burn. The earth spirit will crush your enemies with an avalanche but only after you’ve arranged its stones into a beautiful shrine.

This social aspect provides a lot for the shugenja to do outside of combat. Elemental spirits are extremely powerful, which can work both for and against the PCs. For every time you summon up a typhoon to drive off invading Mongols, there’s a session spent appeasing an angry water spirit so it won’t flood a tiny village full of orphans.

Also, this magic system means your GM gets to roleplay a rock, which is always a bonus.

If you know anything about CoC, then you should stop reading this text now before you have to make a sanity roll.* Magic in this Lovecraftian system is a terrifying force that will unhinge your mind at the very least. Sorcerers call on the power of beings better left asleep. No chocolate frogs here.

Anyone can perform magic in CoC so long as they have the right knowledge and pay the price. Because magic is terrible, it tends to be hidden away on the shelves of dusty libraries that no one has visited in decades. Finding the right tome is no easy feat. Of course, finding it is only the first step. Spells are incredibly potent, but they always exact a toll. Sometimes that toll is a simple drain on the caster’s sanity as they look into the unquiet void. Sometimes spells require blood to be spilled, and sometimes much more.

Needless to say, this fits right in with Lovecraft’s portrayal of the supernatural. More importantly, it keeps the most powerful magic out of PC hands in a completely organic manner. Sure, the insane cult leader can summon monsters out of thin air. If you want to do that, all you have to do is become an insane cult leader.

Finally, there’s the temptation aspect. Once the PCs have access to magic, they’ll have to grapple with when to use it. The spell that summons extra dimensional portals is great for getting out of a hopeless gunfight, but is it worth twisting your mind? GMs who want to make their game darker can give PCs the option to push some costs off on others. That blood sacrifice spell looks a lot more inviting when it isn’t your blood.

Our only science fiction entry today, Burning Empires (BE)* has a system of psychic powers called Psychology. It’s called that because it’s based on an understanding of the human mind, rather than some innate power rating. Psychologists can both help patients work through difficult emotional issues and also peer into the minds of their enemies to search out secrets.

Unlike previous entries, the strength of Psychology comes more from mechanics than flavor. There is a special set of rules designed for a psychic duel, which is really fun. One thing you can do in such a duel is rewrite an opponent’s Belief. BE is one of those games where your personality is part of your character sheet, and Beliefs codify how your character acts. Characters are rewarded for playing to their Beliefs. By rewriting a belief, you engage in a very subtle form of mind control. You can’t dictate the actions of another character, but they will be rewarded for playing the way you want them to.*

Another fun mechanic is forging psychic connections with other characters. These connections must be formed willingly; they cannot be forced. Accepting a connection grants the Psychologist open access to the player’s mind, but it has benefits as well. The recipient of a connection can draw on the Psychologist’s insight for bonuses on social rolls, and use it as a defense against hostile psychic attacks.

This creates a classic dilemma. Do you trust the Psychologist enough to let them into your mind? Who knows what they might do in there? Are the benefits worth the risk? From the Psychologist’s point of view, each connection costs them a bit of power. They might want to sever a connection, only to find the recipient holding it open.

5. Weapon of the Gods

If you’re tired of sword and sorcery or lasers and spaceships, why not try a little high action wuxia? That’s what Weapon of the Gods promises, and boy does it deliver. This system’s magic is tied directly into its kung fu, because once you can jump 30 feet in the air and shatter stone with your voice, you’re firmly in supernatural territory.

Instead of spells or mana, Weapon of the Gods gives each character five types of chi based on classical Chinese elements.* Characters have different amounts of each chi depending on their stats. In combat, these chi points are resources spent on activating martial art techniques, and they recharge at a fixed rate. One technique might require two fire chi and one metal chi. Another might require three water chi.

Each round of combat brings new decisions for the players. They’d really like to do a leaping sword strike, but what if they need the chi next round? They can use techniques to center themselves, restoring some chi, but then they have to stand still for a round. This is a great combination of magic and combat, resulting in a unique experience. There are even rules for creating your own techniques and figuring out how much chi they should cost.

Each entry on this list brings something noteworthy to the table. None of them use the classic “mage shooting fireballs” model, and they are stronger for it. Magic becomes a lot easier to manage when you abandon the idea that people who can call lightning out of the sky should be balanced with people who swing sharp pieces of metal. More games need to move beyond that paradigm. Magic is, by its very nature, not limited to any one thing. It doesn’t have to be magic missiles and spell books. When you break the mold, you get some of the best supernatural rules in roleplaying.

This is not at all a commentary on actual real life Shugenja.
Failure. Lose 1d6!
based off the Iron Empires comics.
The normal rules of PVP apply if you try to do it to another PC.
Wood, Fire, Earth, Metal, and Water.