Five Tips for Defeating Your GM 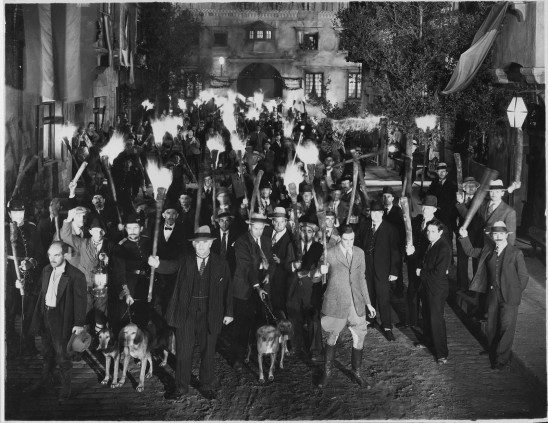 Everywhere you look these days, there’s some article or another extolling the benefits of players and GMs working together to create a better roleplaying experience for everyone. Hogwash, I say! The GM is the enemy. They desire to crush your free spirit with their overbearing concepts of ‘drama’ and ‘story.’ Who needs any of that? Roleplaying games should be about doing whatever you want to do, whenever you want to do it, and no wannabe novelist behind a gaming screen is going to tell us otherwise. Roleplaying games are competitive, make no mistake. At the end of a night, either you or the GM will emerge victorious.

To make matters worse, someone on this very site recently posted an article giving all kinds of advice and tips to the enemy, so it’s time for a counter attack. Follow these exact steps and your GM will never win another session.

The first thing to understand is that some of your fellow players may be in league with the GM. It’s an ugly truth, but we have to face it and be prepared, lest they play us for fools. When rolling up your character, consider what everyone else is making and think about how you can defeat them. That way, when their true colors are revealed, you’ll be ready.

Powergaming against the GM is a losing proposition, because that bastard can always just make the monsters more powerful, which of course they will do, because they hate you and everything you stand for. On the other hand, being the most powerful PC in the group will give you an important position of leverage. When another player says something like, “Oh man, this story sounds like fun, let’s go for it!” you can bust out your +5 Sword of Friend-Stabbing and nip that treacherous behavior in the bud.

For that matter, controlling the party by right of biggest sword is probably something you should do even if you aren’t trying to defeat the GM.* After all, what’s better than bullying your friends into doing what you say, especially when they all think that roleplaying is about having fun?

Odds are that you game with the same people on a regular basis, which may lull you into a false sense of security at the table. After all, if the GM has been your friend since fifth grade, they must be okay, right? Wrong! GMs can turn on you at the drop of a hat. The ones you’ve known the longest are the most dangerous.

Instead, you must use existing familiarity to your own advantage. Think about what kinds of stories your GM likes, and plan ahead to sabotage them. Do they like grand political intrigue? Time to bring out the illiterate barbarian who thinks talking to him is a deadly insult. Perhaps your ‘friend’ is more geared for small scale personal drama? Well then, you’d better roll up a grand scale Machiavellian politician who only relates to other people as constituencies.

If you aren’t personally familiar with the GM in question, than take some time to do reconnaissance. Question past associates, find out their favorite games, go through their trash. You know, the usual stuff. The key is to gather as much information as possible for maximum readiness.

GMs basically look at their players the same way they look at cats. They think they can dangle a shiny bit of plot in front of us, and we’ll provide them with hours of amusement trying to reach it. To show them who’s really in charge at the table, you should always find some excuse not to follow up on whatever story threads are offered.

This isn’t always easy. GMs are wily opponents. Often their adventure hooks will seem harmless, or even, dare I say it, fun. But you must stand firm against all temptations. When an old man approaches you in a tavern, drop whatever you’re doing and run for it. If someone from your character’s past approaches you for help, make it clear you never liked them in the first place.

The key is to frame your refusal in terms of the very roleplaying the GM holds so dear. Your moisture farmer PC is far too responsible to go running off with an old hermit for adventures across the galaxy, not when there’s vaporators that need checking. If anyone questions you, just explain that it’s “what your character would do,” even if it isn’t. Seriously, that defense is 100% foolproof.

If you do this right, it will show your GM that they aren’t the boss of you. They can’t expect your character to just drop everything at the first sign of a thrilling tale waiting to be told.

If the GM is your enemy, then the NPCs are their minions. I’m not talking about villains here, chances are you’re supposed to kill those, but the supposedly ‘helpful’ NPCs who exist only to sap your free will and bend you to the GM’s iron rule. The only solution is to remove them at every opportunity.

The first step is to watch the GM when they roleplay an NPC. Do their eyes get that certain sparkle? Do they seem unusually animated, or to be enjoying themselves in general? If so, then that NPC is probably going to play a major role in the story and should be eliminated now. Oh sure, the NPC in question might seem to be your friend, but we know that’s only so the GM can have them turn on you later for a moment of great drama.

Fortunately, you’re too smart to let that happen. Not only does every friendly NPC have the potential to betray you, but they could also be used for psychological manipulation. Imagine you actually find yourself liking an NPC, and then suddenly the GM puts that NPC in danger to motivate you. Talk about infringing on player agency!

That’s why, as a rule of thumb, I recommend killing any NPC with more than five minutes of representation by the GM. It’s better to be safe than sorry here.

5. Never Do Anything That Makes Sense

No matter how formidable you are as a player, the GM will always have an advantage because you don’t know what they’ll do next. To level the playing field, it’s important to make sure the GM doesn’t know what you’re going to do next either. I’m not talking about spontaneous roleplaying or anything, that might take the story in a cool and unexpected direction, which could play right into the GM’s hands. No, you have to be as random as possible.

Let’s say some bandits burn down your home village. Chances are the GM expects you to do something like swear vengeance on them. Hah, shows what they know. Instead, you should declare your undying love for the bandit leader. After all, now you can develop that land into highly profitable housing units. The stupid village was holding you back.

Does that seem random? Good. A consistent character is something your GM will use against you, and we can’t have that. Instead, it’s best to always choose the most off-the-wall and inappropriate reaction you can come up with, just to make sure the GM can’t weave any kind of constricting story around you. If you’re not feeling up to such a task, then feel free to come up with a chart of completely insane responses and roll on it randomly whenever something happens.

The important thing to remember whenever you sit down to roleplay is that the GM is the enemy. This will always be true, no matter how many times they try to convince you otherwise with pleas of “collaborative storytelling” or “we’re all here to have fun.” GMs want nothing more than to impose their will on you. Why else would someone volunteer for all the work that running a campaign requires? The ulterior motive is clear!

Never lose sight of your goal: to see defeat in your GM’s eyes. When they finally tip over their gaming screen and let their dice fall to the floor, you will know that you have won. Also, that you have to find a new GM. Preferably one who doesn’t know about the game you just ruined.