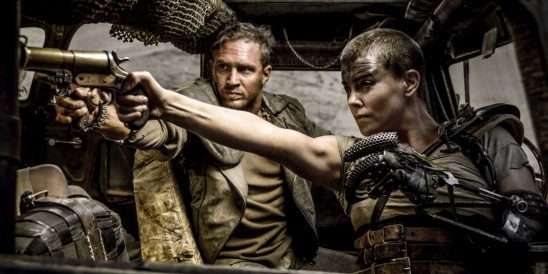 In a time when oppression is more visible than ever,* many authors wish to pen stories of resistance. They are inspired by films like Rogue One and novels like Marie Lu’s Legend, stories where the characters stand up to the evils of power. Such stories are enjoyable to read or watch and critical for inspiring people to resist the oppression they see in real life.

But these stories must be told carefully, especially by those of us who enjoy a lot of privilege. We must make sure we aren’t doing more harm than good. Here are a few tips that will get you on the right track.

1. Understand Who Has the Power 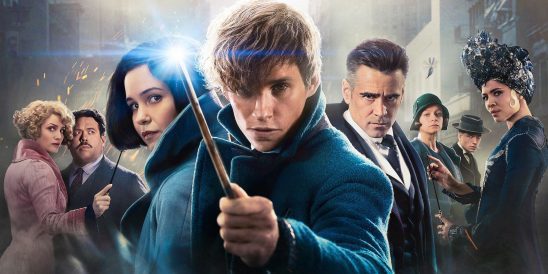 In Fantastic Beasts, wizards fear persecution from muggles even though wizards have all the power.

In real life, oppression flows from those with more power to those with less power; aristocrats oppress peasants, the rich oppress the poor, etc. Once in a while, the people will rise up and introduce their overlords to the guillotine, but such instances are rare. It’s not that rich aristocrats are inherently worse people than poor peasants, but only one of them has the capacity to oppress the other.

This sounds straightforward enough, but it’s easy to get mixed up in speculative fiction, especially when supernatural powers are involved. Spec fic authors love to tell stories of characters who are persecuted for their abilities. Witch hunts are especially popular, often inspired by historical witch hunts.

The problem is that if people actually had magical abilities, persecution wouldn’t follow; privilege would. Magic is a form of power, and it’s rare that powerful people are oppressed. If nothing else, it’s hard to oppress someone who can shoot fire out of their hands. The victims of real witch hunts didn’t have fireballs and magic missiles at their disposal. These victims were almost always chosen because of religious or political feuds, and the label of “witch” was used as a moral justification for murder.

When storytellers misunderstand the dynamics of power, it feeds misconceptions people have about who is really oppressed. When privileged people falsely believe they are the victims of oppression, they lash out at those without the power to protect themselves. We see this when men get angry at all-women showings of Wonder Woman or when white folk go on racist tirades because a Black Lives Matter protest has blocked traffic.

None of this means an oppressed character can’t have magical powers, just that those powers should not be the primary source of their oppression. Instead of making your mage-protagonist the target of a witch hunt, they might be captured by a conquering army and forced to serve as a magical battery for the invading wizards. The character’s magic remains relevant, but they are primarily oppressed because they are from a subjugated country.

2. When in Doubt, Use a Parallel 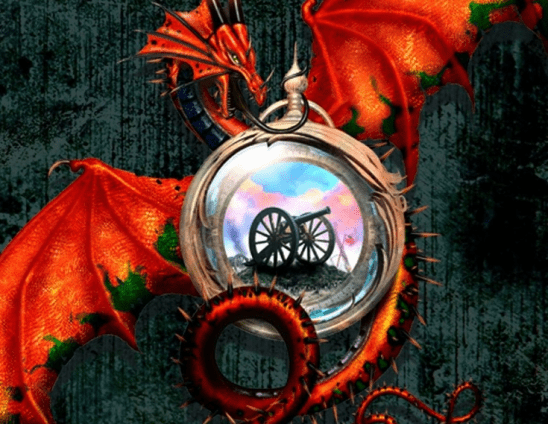 The Temeraire books use the treatment of dragons as a parallel for how humans treat each other.

In order to tell a story of resistance, there must be something for the characters to resist. When looking for inspiration, it’s tempting to pick something from the endless cavalcade of oppression going on in real life. Police brutality against people of color is a huge problem, so why not tell a story about it?

The problem with using oppressive situations from real life is that those scenarios are not abstract or removed for many people. If your story employs police violence as a plot point, then it touches on the very real tragedies experienced by the black community. The stakes for getting everything right are set very high.

That doesn’t mean real-life oppression should never be used in stories, but it should usually be reserved for people affected by it. When someone without the personal experience of a given oppression writes about it, they’re more likely to make a mistake, which can traumatize the victims all over again.

Fortunately, in speculative fiction, using parallels for real-world oppression is easy. This puts some distance between the story and the audience, so any mistakes are less likely to inflict more trauma on oppressed groups. If a white author, like me, wants to write about police violence, they could envision a fantasy world where humans are a minority within elven cities. The elves view humans as inherently violent; how can such short-lived creatures have a true appreciation for the value of life? This bigoted belief leads many elven officers to fear humans and use extreme force over trivial offenses.

So long as the story is well told, a parallel can have just as powerful a message as the real thing. Sometimes the message will be even more effective, as it can sneak past people’s knee-jerk reactions and make them think. 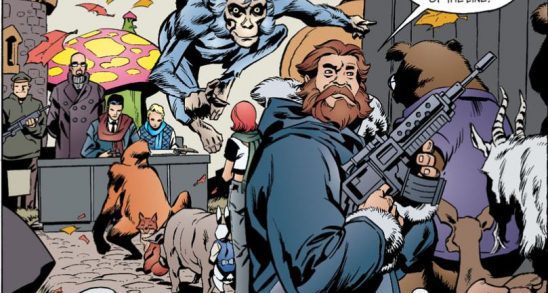 In Fables’ The Farm, the oppressed animal-fables are blamed when violence erupts over their treatment.

Telling a story of resistance means taking a stand on the side of justice. It means speaking truth to power, poking authority in the eye, and standing up for the marginalized. Collectively, this is referred to as “punching up.” Conversely, a story that makes fun of people who are already downtrodden is “punching down.”

Almost no one sets out to punch down in their stories, but it’s easy to stumble into it by accident. After the 2016 American presidential election, it would be perfectly understandable for progressive, urban authors to write a story about the rural poor sweeping a bigoted demagogue into power. However, writing a story like this would ignore how much bigotry in this country comes from people who bring in a respectable income.

We Americans have the idea that racism primarily comes from uneducated folks who speak with a thick southern accent, because it’s comforting to imagine that bigots are so easy to identify. In fact, racism, overt or otherwise, can be found in nearly every demographic. Though plenty of impoverished white people are racist, it’s our own biases that make them the default image for racism.

Punching down is a problem for any type of story, but it’s doubly serious when telling a story of resistance. If we don’t consider who our stories are aimed at, we’re not resisting – we’re just adding to the problem.

If an author wishes to use the 2016 election as fodder for a story, it would behoove them to include bigoted voters from all income groups. Not only is that a more accurate reflection of what actually happened, but it also avoids the trap of punching down on people in disadvantaged circumstances. 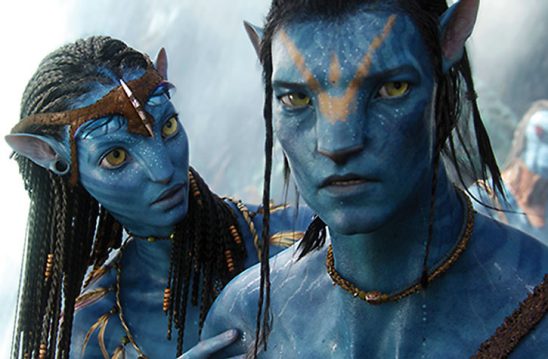 Avatar focuses on a how what the Navi really needed was a white human to save them.

If we’re to tell stories of resistance, it’s vital to focus on those who must resist. Too often, stories will emphasize a character who deigns to step down from their place of privilege and take up the mantle of resistance in the name of some helpless victims. Bonus points if the character becomes better at the oppressed people’s prized tradition than they are.

You may recognize this as the white savior trope. In the trope’s purest form, a white man joins a group of natives, learning their ways and mastering their ancestral skills in no time. He’ll then lead them into battle against other white men, and because he’s so cool, the natives will triumph. Sometimes the natives are blue cat-people.

Writers tend to fall back on the savior trope for two main reasons. First, we instinctively write what we know, so it’s easier to make the main character as much like us as possible. Second, if a resistance is going to be successful, something needs to change. If the natives could successfully resist their attackers from the start, there wouldn’t be much of a story; they’d just do it. Fortunately, both these issues can be overcome.

To deal with the first issue, authors simply need practice writing characters that aren’t like them. Speculative fiction worlds are a great place to work on this skill, because if you mess up, the worst result will be an alien character who seems like they were raised on Earth.* The second issue is easier. When building your world, remember that no group is static. If a small nation finds itself beset by enemies with advanced weapons, they might send their best mind to learn the weapons’ secrets. Or a lucky soldier might capture an enemy weapon and turn it on the invaders. Either way, there’s your protagonist.

If a story about resistance isn’t prioritizing the oppressed, then it’s not doing its job. A critical role of resistance narratives is empowering folks to act in real life, so it behooves us to make sure our stories are empowering the right people. 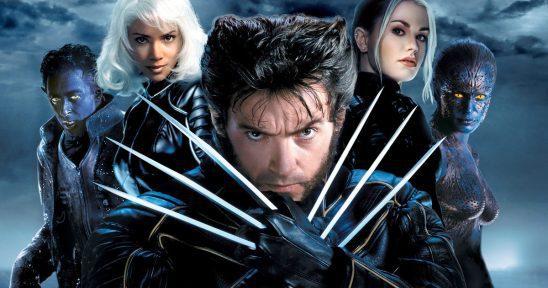 X-Men 2 borrows heavily from the gay rights movement but has no gay characters.

All right, you’ve got a story of resistance ready to go. You’re retelling the story of Haitian Revolution against the French Empire, but you’re using a fantasy parallel of dwarven slaves rebelling against their elven masters. This is a great plan, but there’s still a way this could go terribly wrong: the dwarves could all be white.

This is a recurring issue with resistance narratives. Many authors find themselves inspired by real acts of resistance, but their stories all too often lack the very people who performed those acts. Diversity is important in any story, but it’s especially important in stories inspired by the struggles of real people. For the example above, Haiti’s revolution was fought almost exclusively by black slaves, so not including black characters would feel like a massive act of erasure.

At first glance, this might seem like a reason not to use parallels, but all it really means is that authors need some extra awareness. Representation doesn’t need to be an exact one to one ratio, but it should hold across broad strokes. The leader of your dwarves shouldn’t be a carbon copy of Toussaint Louverture; that would be so heavy-handed as to seem comical. Instead, your dwarves should have a range of skin tones, with several of the most important characters being clearly black. That way, it’s clear you’re respectfully drawing inspiration from a real-life struggle, not appropriating it.

If your story isn’t directly inspired by real-life events, the pressure to include marginalized groups isn’t as high, but you should still do it. In a world of patriarchy and white supremacy, simply having a diverse cast is a minor act of resistance. It normalizes the people who too often get left out of fiction and chips away at the idea that they are somehow “other.”

Telling stories of resistance is a long-term investment. Even the most beautifully written story won’t change the world in a day. But do not mistake subtlety for weakness. The stories people tell affect what they think is possible and acceptable. If we storytellers work together, we can change our culture at its roots.

Though of course it has always been there.
You can work that into the backstory in revisions.