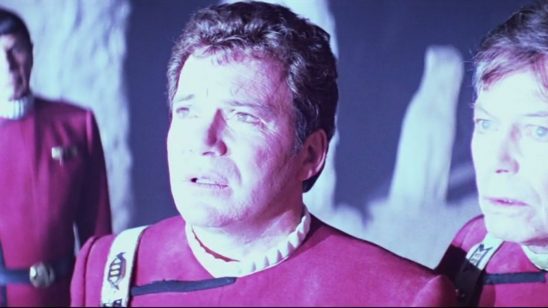 In Star Trek V, Kirk's only flaw is being too resistant to mind control.

A few weeks ago, I wrote a post about tropes that make villains incompetent. But villains are only half of the equation. Protagonists have plenty of tropes as well, which is why Clark sent us this question:

I really liked the post on “Tropes that make your villain look incompetent.”

Have you done anything for heroes? “Tropes that make heroes boring” or something like that? I’d also love to see some posts specifically on subverting classic, painful tropes.

Keep it up, you Mythcreants.

I hadn’t written such a post at the time, but now I have and you’re reading it. While incompetence is the villain’s bugbear, boredom is the death knell of a protagonist. It’s not the only problem protagonists can have, but it’s perhaps the most serious. A protagonist must carry the audience through the story. If the main character is boring, it can damage the story beyond repair.

Given how serious the consequences are, it’s surprising how many common tropes conspire to make a protagonist boring. Learn to recognize them, lest they creep unannounced into your own stories. 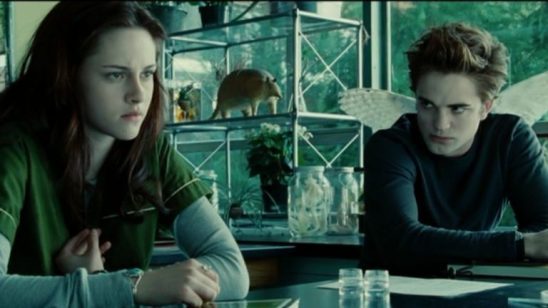 Bella has no powers in a book about fighting evil vampires, so her boyfriend gets most of the action.

A protagonist who never does anything isn’t interesting. In fact, it often feels like the narrative accidentally got stuck on a side character. They rarely do anything on their own, always depending on the romantic interest to solve problems for them. Some stories try to balance this out by giving the protagonist damsel a secret power, but this doesn’t help. If the protagonist never demonstrates any agency, all a secret power does is turn them into a McGuffin.

The easiest way to address this trope is to make sure the love interest’s expertise can’t be used to solve the story’s main problem. If the love interest is really good at fighting, make the story about negotiating a peace treaty between hostile nations. That way the love interest can demonstrate competence, perhaps even save the protagonist from danger, but not take over the story. 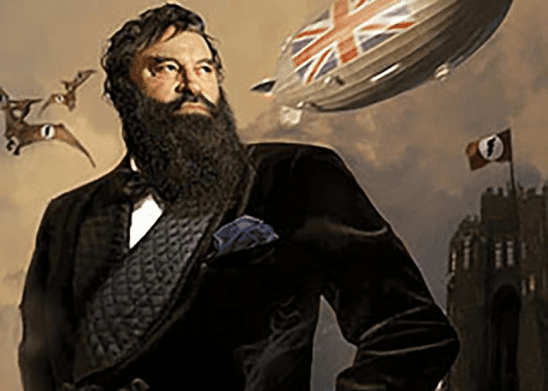 Prof. Challenger is like Sherlock Holmes without the charm. He knows everything and expects everyone to praise him for it.

Some protagonists have all the answers. They notice everything, and they carry Wikipedia in their head. This trope is especially common in mystery stories, dating back to Sherlock Holmes. The Great Detective not only notices every clue, but he seems to have an encyclopedic knowledge of history and current events. It’s not unusual for him to transition from describing an obscure paw print to expounding on the British occupation of India, because of course he knows about that!

While it may seem cool to imitate Doyle’s style, a protagonist with all the answers gets boring fast. Part of the story’s thrill is finding out what happens next, and that thrill disappears when the hero always knows the answer ahead of time. Even when they don’t immediately know an answer, the problem lacks tension because we know they’ll figure it out.

First, it’s helpful if your story’s point of view isn’t inside the protagonist’s head. That way you can introduce some delay between the protagonist’s realization and the audience’s finding out. That’s why Doyle created Watson and why TV shows are so fond of this trope, as TV shows aren’t in anyone’s head.

But that’s not enough on its own. You’ll also have to give your know-it-all occasional moments when they don’t  know it all. These should be plot critical and cause hardships or delays in the story. The effect will be enhanced if your protagonist is self-deprecating, joking about the mistakes and not taking herself too seriously. In the original Holmes stories, Sherlock himself often makes light of his errors, which makes him much more interesting. 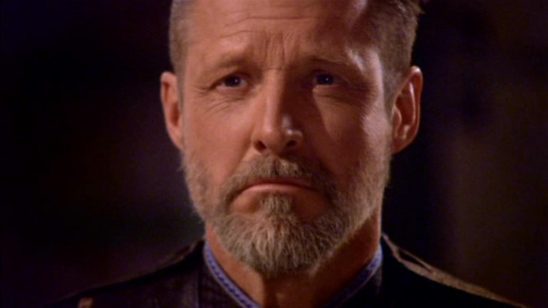 Sheridan’s only flaw is that he cares too much about saving the galaxy.

We’ve all heard how characters need flaws. But flaws are so flawed, and authors want their characters to be awesome, so sometimes they leave the flaws out entirely. This can result in a character who is blatantly perfect or one who has some fake flaws in an attempt to compensate. Fake flaws include things like having hair that’s “too red” or being “too devoted” to their cause of saving the world. They are phrased like flaws, but they don’t actually hinder the character in a believable way.

Characters without flaws are harder to identify with. We humans all have flaws in real life, and characters without them don’t seem real. Why should we get invested in these strange aliens without a bad habit to their name? Adding fake flaws only makes the situation worse, because boredom is now tinged with annoyance. “Oh sure, your flaw is that you’re too loyal and honest? Tell me another one.”

How to Make it Work

If you don’t want to give your protagonist any flaws, they must represent some higher ideal or cause that the audience can identify with. The cause cannot be for the protagonist’s own glory, or they’ll come across as insufferable as well as boring. It must be selfless and uplifting of others.

Picking an ideal for your protagonist is a challenge, since different sections of your audience will disagree vehemently on what constitutes a noble ideal. In general, it’s best to stick with something simple. Hope is a good bet. Some of the most popular Superman stories have the Man of Steel as a symbol of hope. Fairness is another popular option, as so often seen when Captain Picard must play the neutral arbiter of a deadly conflict. 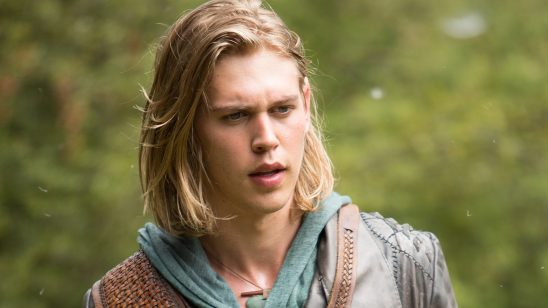 Wil was chosen by fate to wield the elfstones. He never did anything to earn it.

Some protagonists do not answer the call of their own volition, but because they are chosen. Who does the choosing varies from story to story, but it usually involves mystical prophecies and ancient relics. Sometimes the hero is a farm kid tapped by the gods to wield a magic sword. Sometimes they are a high school student who inherits the power to slay demons. No matter the specifics, they are a chosen one.

Despite many people considering it a cliche, the chosen one trope remains popular because it has so many cool elements. Who doesn’t love ancient prophecies and mystical weapons? But even so, being a chosen one makes a protagonist less interesting. Chosen ones start off with a deficiency of agency, because by definition they haven’t decided their own destiny. This makes it harder to care about their quest since someone else is pulling the strings. Chosen ones also have the weight of a powerful force behind them, which makes their victory seem more assured. It’s hard to get invested in a story where the outcome seems predetermined.

What if I told you there was a way to turn the chosen one’s weakness into a strength? Well, there is! All you have to do is put the chosen one at odds with the force that chose them. This happens to Aang in Avatar: The Last Airbender. All of Aang’s past lives tell him he has no choice but to kill Fire Lord Ozai, but Aang refuses. In this scenario, the protagonist must now fight against what previously gave them strength. 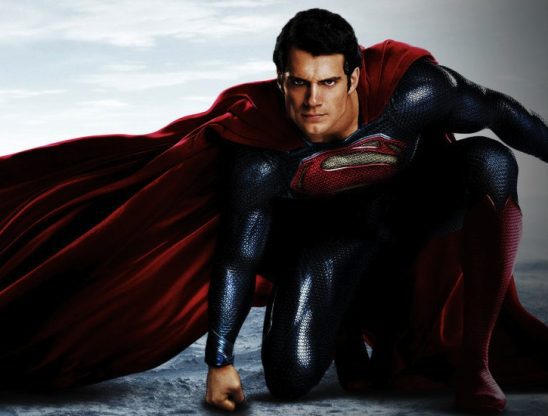 In Man of Steel, Superman is very sad because his powers make him different.

Woe is the protagonist, for they must carry a great burden of shooting lasers out of their eyes. This trope arises when two-storytelling instincts collide: giving the protagonist problems, but also giving them cool abilities. Combining the two is just efficient, right? The protagonist gains the ability to run at the speed of sound, and it makes their life miserable, probably because everyone hates them out of jealousy.

This trope is boring for two reasons. First, it’s over used. From the X-Men to Frozen, it seems every other character has a protagonist whose biggest problem is that they exceed the bounds of human potential. Second, it feels incredibly disingenuous. In real life, people with high levels of ability are usually rewarded with increased status. A story about a protagonist who faces ridicule because they can walk through walls doesn’t match our experience of reality. That makes it hard to get invested in the character.

A protagonist’s problem shouldn’t come from having powers, but the problem can be related to their powers. In Teen Wolf, Scott is turned into a werewolf, which grants him a number of beneficial abilities. He’s faster, stronger, and heals better than any human, and he loves those powers. But being a werewolf also gives him a bloodlust that’s difficult to control, especially on the full moon. This gives Scott a compelling problem without making it seem like he’s somehow unfortunate for having superpowers.

Boredom is a bad trait to associate with your protagonist. When a character’s job is to carry the story on their shoulders, they must be able to hold the audience’s interest. If your protagonist uses one of these tropes, pause and consider: is the trope making your protagonist less interesting? If it is, then it’s time to either break out a subversion or cut the trope entirely.