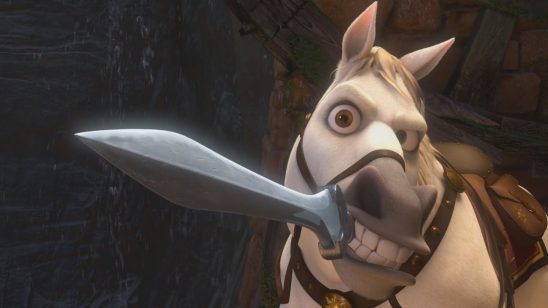 Storytellers love character archetypes. They feel ancient and symbolic, and they’re just fun to play with. A while back, we mentioned some archetypes we think stories are usually better without. To banish the rain on our archetype parade, here’s five we want to see more often. 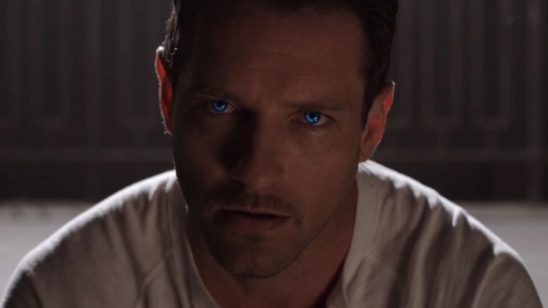 In MTV’s Teen Wolf, Peter Hale is the power-hungry werewolf who bites the unwitting Scott. Peter offers to teach Scott what he knows, but Scott can’t trust him.

Because a hero often starts the story as a powerless underdog, the mentor exists to level them up. The mentor teaches the hero important skills and gives the hero equipment they’ll need to save the day. But there’s a problem with mentors: they’re likely to steal the spotlight. They have the skills and equipment necessary to save the world, so why don’t they do it themselves?

Traditionally, storytellers have removed mentors from the story once they’re done training the hero. Killing off the mentor is the classic, but overused, method. Regardless of how the mentor is sidelined, any time spent developing the mentor as a character is wasted once the mentor is gone.

Enter the mentor antagonist. This mentor doesn’t have to go anywhere because they have goals that conflict with the hero’s. To save the world, the hero will have to go through them. Since the mentor always has some level of power, that adds lots of juicy conflict.

Why is an antagonist teaching the hero? In most cases, they look like a friend at first. Later, the hero may discover that their mentor is planning on using them for evil ends, or they might conclude that the mentor’s methods are unacceptably brutal. However, the mentor doesn’t have to look benign on introduction. Your protagonist can learn from them even if they’re overtly villainous. Perhaps it’s the only way to gain important skills that can be used for good, or maybe your protagonist has little choice. Make your hero struggle to resist evil while they learn. That makes for great scenes. 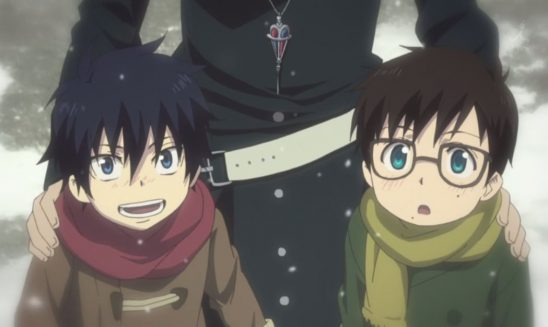 In Blue Exorcist, Rin and Yukio are twin brothers. Rin considers himself Yukio’s protector until the day their father is killed by a demon. Rin discovers that not only has Yukio been fighting demons for years but also that Rin has to learn from him to become an exorcist.

Allies are a necessity in many stories, but if you’re not careful, they can get dull. Having too many scenes with characters getting along will put people to sleep. On the other hand, scenes with characters at odds are usually entertaining. That means, more often than not, you’ll be looking for reasons to get your protagonists fighting.

Take a tip from your favorite anime, and introduce a rival ally. The rival is another character on Team Good with a lot of superficial similarities to the protagonist. Generally they are the same age and gender, and they should have the same general skills/profession. But instead of being besties, the hero and the rival are embroiled in an unfriendly competition. Usually this starts when the rival talks down to the protagonist.

Not only do rivals add fun conflict to scenes full of Team Good, but they also grant a wonderful opportunity to develop your hero. Near the beginning, showing how the rival outstrips the hero will provide some great spinach, making your hero an underdog. Near the end, your hero can finally beat the rival, bestowing some rewarding candy and showing how much the hero has grown. 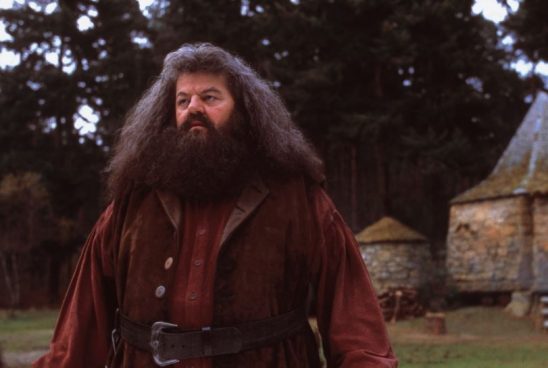 In the Harry Potter books, Harry often visits Hagrid to voice his troubles and get emotional support.

All too often, our stories – and culture in general – neglect the emotional for the physical. The hero is tortured, and then they walk away and never suffer from PTSD. Mental health problems are depicted as belonging to a specific, stigmatized group of people and not as something that everyone has to watch out for. Having a character that provides emotional support allows you to write scenes where the hero recovers from psychological trauma, just like you might show them waking up in a hospital and talking to a doctor.

When it comes to being supportive, we could all use more positive role models. Too many characters show “support” with “tough love” – being pushy, judgmental, and even manipulative. The power of a character who accepts, trusts, and listens to the hero shouldn’t be underestimated.

It’s especially powerful if the support character is a man. Men are stereotyped as being unsupportive. By using a male supporter, you can break that harmful stereotype and make your character stand out. If the character has underprivileged characteristics, make sure you give the supporter their own life, agency, and goals; those characters often feel like they only live to serve the hero.

Supporters also make great love interests. After the hero shares their feelings, the supporter love interest can share some of their own experiences. That’ll make the sparks fly. 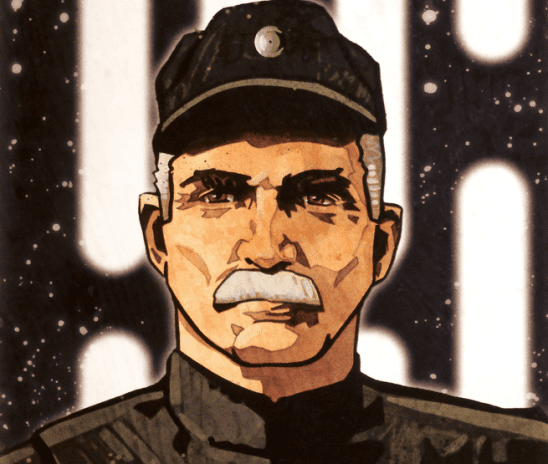 In Heir to the Empire, we see Thrawn, the main villain, through Captain Pellaeon’s eyes. This keeps Thrawn threatening while letting us know what he’s up to.

Recently I wrote about the problems with writing from a villain’s point of view. Really, the problem is that too many writers are doing it. More than any other character, the villain needs their secrets. But the audience may also need to see what’s happening in places out of Team Good’s reach. In the right situation, revealing a villain’s plans can add tension to the story, and explaining their motivations early can avoid burdening the end.

The sympathetic minion is the perfect solution to this problem. As a servant of the big bad, they have access to information Team Good doesn’t. At the same time, a minion often won’t be in their master’s confidence, making it easy to conceal anything you don’t want the audience to know. From the minion’s point of view, the big bad could still be scary.

Plus, minions get short-shrifted in too many of our stories. The heroes will agonize over the morality of killing the villain while dealing fatal injuries to minions left and right. Sure, the villain is usually one of the most important characters, so it’s natural they get more of the spotlight. Even so, continually focusing on powerful villains while dehumanizing their underlings sends a classist message. Showing minions as sympathetic beings helps fight this trend. 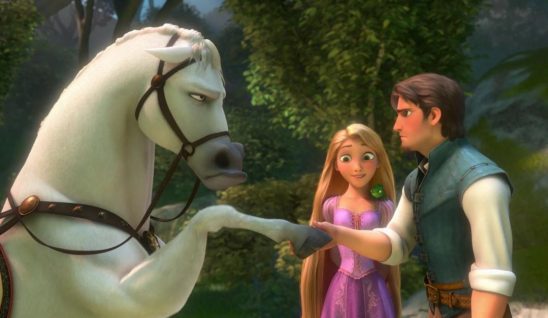 In Disney’s Tangled, the steed Maximus is the unofficial captain of the guard. He makes a great antagonist and a great ally.

Sometimes it’s difficult to get characters involved in the plot. Most of them would probably rather relax with a glass of wine and a good movie. On top of that, we often need a reason for characters who dislike each other to interact without coming to blows. This not only adds some of that fun interpersonal conflict I mentioned earlier, but it’s also a great start for a romance. In the good old days, we could just trap characters in an elevator together. But the kids these days want events that haven’t been done a million times before.

The investigator takes care of these problems beautifully. An investigator is any character whose job it is to find out what’s happening and who has an interest in solving problems. They could be a police officer, government agent, private investigator, or a journalist. Yes, investigators do make good protagonists, but that’s not all. What our stories could really use is more side characters that are investigators.

Protagonists aren’t known for following rules. Even if they aren’t a beloved ruffian or charming cat burglar, they have a weird habit of breaking the law whenever it might save a life. On top of that, they’re always right where all the suspicious activity is happening. An investigator who also has an interest in saving the day but rigorously follows the law is the perfect accompaniment to such a hero.

The investigator will probably suspect the hero at first, creating some great conflict. Depending on the needs of the story, they can remain an antagonist, reluctantly join forces with the hero, or even go back and forth. You’ll never struggle to explain why they’re around.

Characters that don’t serve the story end up dragging it down. The next time you think of a cool character while you’re drafting, consider the role that character will play in your story. Choose a good role, and your story will be stronger for it.