How to Turn Your Concept Into a Story 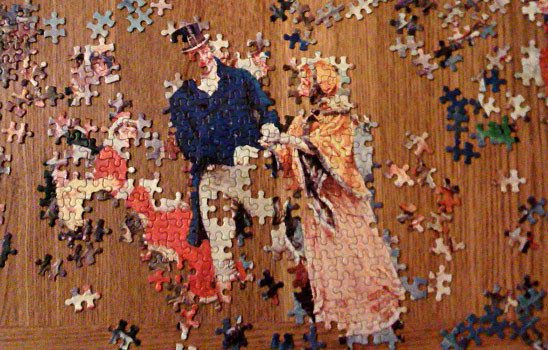 You have a flash of inspiration, but once you sit at your keyboard, that inspiration melts into a murky mess. You’re not sure where your story is going, only that it isn’t getting there. With each attempt at plotting, your excitement is whittled away. Finally you set your work aside, promising you’ll come back to it later, but of course you never do.

Does this sound familiar? Even if you understand story structure, turning a concept into a story is a skill on its own. But few skills are more important to a storyteller. Mastering this process will help you stay inspired, reduce revisions, and achieve better results. While the perfect method may vary from storyteller to storyteller, this approach will get your mind in the right mode.

1. Find the Core of Your Concept

This first step is the most important – and the easiest for storytellers to neglect. Many storytellers get so caught up in the particulars of their new idea, they forget to ask what it is about their idea that excites them. If they manage to finish their first draft without figuring it out, their story will either lack a strong central plot or tell an entirely different story than the one they wanted to create.

To stay on the right track, you need to see through the particulars of your idea to find the theme or situation that is most interesting to you. Concepts come in many forms, so I’ll demonstrate with some examples.

The concept: The heir to the human kingdom discovers they are an elven changeling, switched with the real heir at birth.

The concept: An intelligent tree, a human, and an elf go on a road trip together.

The concept: To save her home colony, the hero must give up her human life and become part of the facility AI.

The concept: There’s a tavern in a black hole that collects guests as they get sucked in.

Your core should boil your concept down into the element that motivates you the most. Focusing on it should make you more interested in your concept, not less. If you’re having trouble, try changing elements, and see if that makes your story more or less appealing.

2. Identify the Elements You Need

Now that you know what it is about your concept that’s pulling you in, it’s time to separate the wheat from the chaff. Take all the components of your concept that aren’t necessary for your core, and set them aside.

For instance, if your concept is the tree, human, and elf that go on a road trip, but your core is the experience of the previously stationary tree, all you need is a tree and a road trip or another journey that the tree goes on. Set aside the human and the elf. You can bring then back in later if you need them.

If setting aside these extra elements is difficult, ask yourself why. It could be that you have a second core in there – an unrelated element that is also inspiring to you. If you are planning a novel you might be able to fit them both in, but probably not if you are planning a short story. Regardless, I recommend thinking about this second core on its own. You can do it more justice if you devote a separate story to it.

Next, look at which basic story elements your core has given you and which it hasn’t. It should be easy to tell: you either already know them or you don’t. Don’t fill in the missing pieces yet; we’ll do that next. Here are the basic components I recommend looking for:

3. Build Around Your Core

Now it’s time to fill in the missing story elements. I’ll talk about each basic element in turn. You can skip the ones you already have, but I recommend going through them in this order. Every element you fill in should serve the core. Don’t bring back the elements you set aside unless they do that.

For instance, if your core is “how a tavern with involuntary guests that can’t escape would operate,” then a strong external conflict would be keeping that tavern running against all odds. Perhaps the tavern’s owner has mysteriously disappeared, and unless someone figures out how to run the place successfully, everyone inside will be sucked into the crushing gravity of the black hole.

If your core has an internal conflict, like “how the character reconciles their desire to rule with the desire to rectify a past wrong,” you want an external conflict that forces the issue, so your character can’t avoid their problems. In the example with the changeling heir to the throne, someone claiming to be the real human heir could show up to oust them. Then the main character would have to defend their claim while wondering if they even should.

Occasionally, storytellers don’t want to add anything unpleasant to their idea. For instance, let’s say your concept is a hidden glade above a waterfall where the creatures of the hill secretly meet and drink tea. Your core is the secret harmony within the wild, and you think conflict would ruin it. For this, I suggest one of two things:

While stories need problems, they don’t need fight scenes. Your external conflict could be subtle or secondary to your internal one.

If you know your external or internal conflict, your main character should be the center of it. Your main character determines whether your story has a happy or sad ending, so they need the power to alter the chain of events.

If my external conflict is keeping my example tavern in the black hole running, the main character will be the person taking over after the former owner mysteriously disappears. If the external conflict is between the humans who live in a colony and the AI workers who maintain it, the human who supervises the AI is in an ideal position to affect the outcome of that conflict.

Let’s say your core is “how a tree that is normally stationary would experience travel.” Your main character is the tree, and you’ve decided that your external conflict is that your tree is threatened by climate change and must travel north in search of a place with a better climate in order to flower and bear fruit. You have a reason why your tree is traveling, but you still need a lesson the tree learns along the way, one that ultimately allows the tree to succeed on its quest.

Your core is the experience of travel, so stay focused on that. What is the tree’s experience? Perhaps the tree finds travel bewildering and intimidating, and as a result, keeps settling for subpar locations close by. Then each time, just as the tree gets settled in, it realizes it didn’t go far enough. Finally the tree learns to embrace travel. It jumps in the back of a parked truck, hitching a fast ride, going farther than it’s ever been. Travel is still bewildering – but fun! After seeing so much countryside from the truck bed, the tree knows exactly where the perfect place is.

If you already know what the internal conflict is, define the external lessons that foster it. Let’s take the human hero that decides to become an AI to save their colony. Perhaps they never considered it in the beginning because they assume AI don’t have any emotions or morals like humans do. The story has to teach them differently. Perhaps they discover someone’s journal in the data banks, one with touching stories they can relate to. Belatedly, they find out the diary was written by an AI, not a human. This allows the hero to let go of their prejudice and make the right choice.

In most cases, your concept should already have hints of the setting. Speculative fiction storytellers write spec fic because all of our story ideas happen to have magic, laser guns, or other things that don’t exist in the real world.

If your story is very short, you may not have time to develop your setting extensively. In these cases, stick with the default setting of the nearest subgenre, deviating only where your core demands it. So if you’re focused on the tavern in the black hole, you’ll want your setting to reflect what your audience would expect in an interstellar scifi. You’ll probably have aliens that are mostly humanoid and act a lot like people do. If your story is about the heir to the kingdom that is really an elven changeling, you’re looking at a standard high-fantasy setting with big castles.

If your story is longer, start your world development with the essentials you need for your core. You might create the metaphysical rules that allow the tavern to exist in a black hole, the long sordid history between human and elf royalty, or the class structure that divides the upper-class humans, lower-class humans, and AI.

If you don’t have any speculative fiction elements to start your setting, look for ways otherworldly elements can magnify the intensity of your core story. For instance, if your core is how a young person learns to accept themselves, give them a pair of ugly goat horns. Now they have to accept those ugly goat horns along with their knobby knees and frizzy hair.

This is for those who like knowing the general direction of their story before they start writing. Depending on your personal writing style, you can start without any outline, or you can outline your story in more detail.

To get the general gist of your story, fill in these four things:

If you’re planning a full novel, now is also a good time to add additional characters and develop secondary plotlines like mysteries or romances.

If you’re still getting the hang of this process, avoid making it hard for yourself. Unless you need them to stay inspired, leave the time travel paradoxes and split personalities for later. Give yourself something simple that you know you can finish, and then build off your success.