How to Use Undead in Your Stories 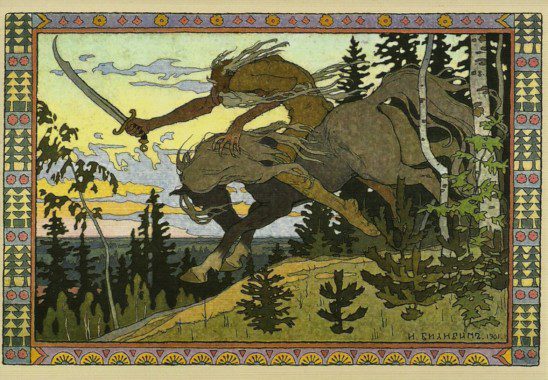 Ivan Bilibin's Koschey depicts the lich riding around on his giant steed.

Undead creatures aren’t limited to shamblers and neck-biters. They come with a wide range of options, and each has its own strengths. A little thought and planning will help you choose the best creatures for your story and help set your undead antagonists apart from the horde. 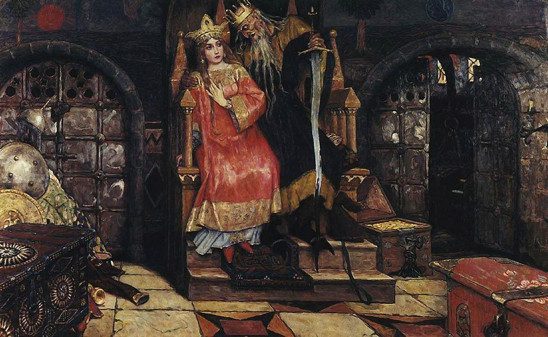 Kashchey the Deathless appears human, but he is a clearly a twisted reflection of the living.

While you can choose any theme, these are particularly suited to help your undead feel memorable and meaningful.

A twisted reflection of life: The undead take a deep dip into the uncanny valley by corrupting and perverting the natural order. Many appear similar to the living, and some can even pass as them. Still, they are distinctly inhuman, and this disconnect makes them extra creepy. Stress both their human and inhuman qualities to make them unnerving.

Predatory instincts: Vampires, zombies, and other types of not-so-dead things are decidedly predatory. Many still need to eat, and their prey is exclusively human. They lie at the intersection of insatiable gluttony and unopposed predation, making their relationship with humans even more complicated. Unable to control their hunger, they can be driven to eat even their loved ones.

Fear of death: Some undead are the result of voluntary transformations, and the choice to trade a heartbeat for near-immortality. That said, theirs is a corrupted form of life. Those that choose unlife show a fear of death, a disregard for taboos, and a willingness to make sacrifices. Undeath is a way to drive home the point that death is the natural and necessary end, and anything else is horrific. A refusal to die can make a powerful motive for your villains. 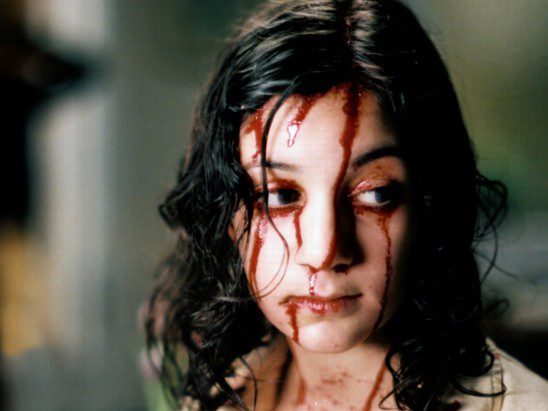 In Let the Right One In, vampires have super strength and can climb walls.

Make your undead threatening by giving them more than tooth and nail as weapons.

Spellcasting: The undead are usually created with unholy magic. Necromancers will cast foul rituals to bring forth hordes of monstrosities, or an innocent will stumble on a forbidden tome. So it’s natural for the undead themselves to wield dark magic. This connection to the eldritch and supernatural gives them a fantastic yet horrifying feel and offers storytellers a flexible range of abilities for their villains.

Animal affinity: Vampires and other undead have a special affinity for animals that’s been underplayed in recent years. In many old stories, they control or shapeshift into wolves and other predators. This not only provides minions for your heroes to contend with but also ties them further to their carnivorous nature. Undead are already gluttonous, and this ability deepens that theme.

Corruption: Many undead spread their curse even further, killing and corrupting their former brethren as they go. In storytelling, this raises the threat level and provides the opportunity to flip allies into enemies. Increase conflict by turning characters into abominations. What’s more, you can create dramatic moments when heroes first encounter their newly-dead friends. 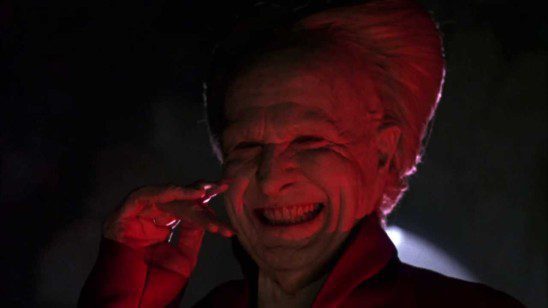 Bram Stoker’s Dracula has all of the classic vampire weaknesses.

Every monster and villain needs a weakness that can be exploited by heroes, and the undead are no exception. Besides personality flaws, they should have specific things that weaken or destroy them.

The weaknesses you choose should be interesting to your fans, challenging to the heroes, and fitting for your type of undead.

Unless it’s a threat your protagonists aren’t supposed to overcome, every problem should have a solution, and the undead are no different. Undeath usually spreads like a disease, so unless you want to wipe out humanity, a cure is needed. Sure, that cure is usually true death, but the deaths of heroes and villains can be powerful moments in stories. They’re not always even tragic. When an undead character becomes truly dead, the natural order is made right again.

Overdone and Bad Examples of the Undead 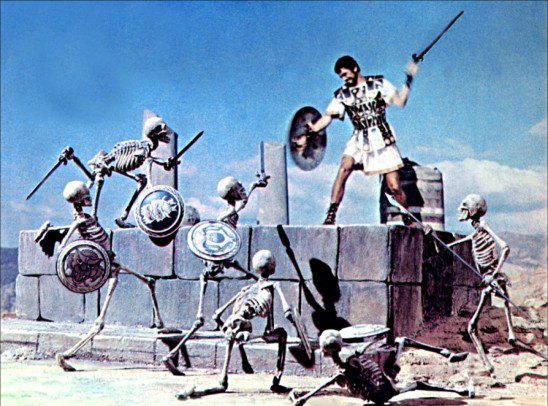 These skeletons Jason and his Argonauts fought were interchangeable with any generic foes.

Neither zombies nor skeletons are interesting foes for protagonists as they can’t talk or strategize. Imagine: instead of a necromancer who summons skeletons or zombies, your story had a wizard that conjures bears. Would anything really be different? If your monsters are interchangeable with mundane animals, you should re-examine why you’re using them.

There is an absolute glut of zombies in pop culture these days. Most of the time, it’s not the zombies that make the tale interesting; it’s the characters. Once again, zombies can be replaced by any number of better monsters. Unless your zombies are especially novel or used in a unique setting, it’s like every other tale we’ve already heard.

While they are often used as monsters, the undead function better as villains. What sets the undead apart from other monsters is their connection to the living. They’re creepier if they are close to regular humans. Villains have motives and a voice; making them mindless monsters takes that away.

Underused and Good Examples of the Undead 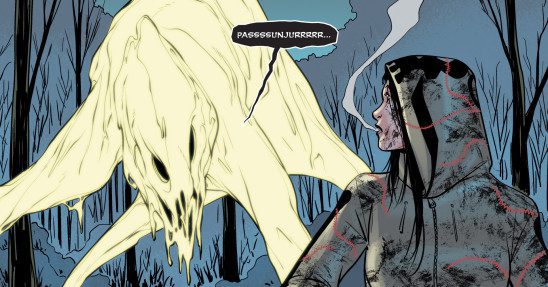 Revival features creepy spirits and undead that can pass for living. Image by Mike Norton

Making your undead break molds can do a lot for your story. One of my favorite examples are the revivers from Tim Seeley and Mike Norton’s Revival series. A mysterious event causes some people to rise after death. They have amazing powers of regeneration, allowing them to regrow lost limbs and organs. However, by all appearances they are still living and can pass for normal. This unique form of undeath creates intrigue, provides interesting psychological issues for the undead, and brings up the question of how to treat them.

Another interesting undead is Koschei the Deathless,* a character from Russian and Slavic mythology. He possesses numerous abilities, including great strength and the ability to turn into a tempest. According to numerous pop culture sources like Hellboy’s Darkness Calls,* he hid his death away inside of a needle, inside of an egg, inside a duck, inside a hare, inside a chest, tucked away on an island. While putting his soul in a receptacle prevents his death, it’s also a weakness that can be exploited. It’s a blessing and a curse, which gives storytellers room to work. While its unique, it’s still consistent with the nature of many undead.

Ghosts are frequently used, but they rarely live up to their potential. Cheesy horror flicks neglect their most interesting aspect: their deep human ties. Ghosts aren’t necessarily villainous, giving writers a lot of versatility. They provide a great way to create antagonists that aren’t strictly evil. They could be misguided, confused, or just angry because they’re stuck, instead of being intentionally malevolent. Obviously evil villains are boring; the best villains have some positive traits or are at least somewhat relatable. Used correctly, ghosts can be good grey-zoned antagonists.

The undead are fantastic for creating creepy and horrific tales. They are a perverted reflection of mankind; a catalyst for meaningful discourse. Their ability to corrupt others creates an interesting and unnerving threat. If you play to their strengths, your fans will be on the edge of their seats.

That’s the only thing I can really remember from 4 seasons of Supernatural.
Also Kashchei, Kashchey, Kościej, and Kostěj.
Which also has a goat. 20 points and my gratitude to anyone who can find an actual myth with these details and post it in the comments.