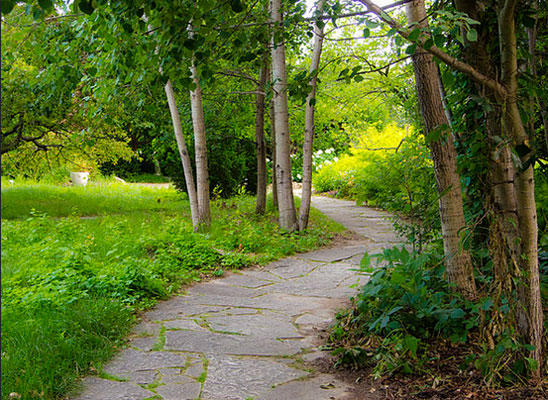 There are few greater slug matches between writers than the debate over using an outline to plan a story. The line is drawn firmly in the sand, with “planners” on one side, and “pantsers” on the other. Each side has big names claiming their way is the only way. So if you’re not already on Team Plan or Team Pants, how do you know which method is the right one?

What the Debate Is Actually About

The disagreement between Team Plan and Team Pants stems from different approaches to writing:

Some writers think of writing as a skill that is intellectually learned and understood. Stories are things to be analyzed and broken down into plot structures and character arcs. These writers are good at handling abstract concepts, and they write in a cerebral manner – every part thought through carefully and written intentionally.

Other writers think of writing primarily as an art. At some level, it will always be mysterious and unfathomable. Instead of intellectually understanding what they’re doing, they pay attention to their gut. They let inspiration be their guide as they create works that feel right to them. When forced to deal with abstractions of their work instead of the real thing, their gut may not give them the signals they need, leaving them dead in the water.

Writing as Problem Solving vs Writing as Dreaming Big

Some writers operate as creative problem solvers. They like to find solutions while working under constraints. If you tell them to “paint something,” they’ll be paralyzed by indecision, but if you tell them to “paint a flower,” they’ll get right into it, applying their creative energy to choosing the color of the flower and the shape of the petals.

Other writers feel shackled by constraints. To these writers, there is nothing more inspiring than a blank page. They want the freedom to put down whatever they dream up. When that freedom is taken away, they’ll probably slow down and their work might feel forced.

As you might have guessed, writers on Team Plan are generally problem solvers who approach writing as a skill, and writers on Team Pants are generally dreamers who approach writing as a art. This rule won’t hold true for everyone, and most of us stand somewhere in between, but knowing where you fit on these scales can help you find the best process for you.

So keeping those differences in approach in mind, let’s look at what outlining can do for you… and what it can’t.

The Benefits of Outlining

There are good reasons why Team Plan loves to outline:

Outlining before you write could shave months, or even years, off of your completion time. If you create a ten page outline and get feedback before turning it into a 500 page novel, you can catch problems and make fixes with much less effort. Imagine if instead of rewriting the first 250 pages of your novel to fit your new twist ending, you just rewrote the first five pages of your outline.

It’s hard to see the structure of your story when you’re down in the weeds of the narrative. Outlines provide a bird’s eye view that lets cerebral writers evaluate and improve the story’s structure. With the right tools, individual scenes in the outline are easily labeled, separated into groups, and then recombined back into the outline as a whole. That way, writers can focus on a single plot strand or an ongoing theme in their work, without the rest getting in the way.

Remember that some writers prefer to be creative under constraints. For them, outlining breaks the creative process into manageable steps. First they can concentrate on the structure of the story without worrying about the details; later they can focus on the details without worrying about the overall structure. The blank page seems much less daunting if they have some idea of what needs to go on it.

The Limitations of Outlining

But there are some problems with planning that cerebral writers often ignore.

It Doesn’t Fix the Story

Outlining is a tool for writing good stories, but it won’t in itself make you a better writer. In fact, writing and evaluating an outline takes about as much skill as writing and evaluating a draft. Unless you have a strong grasp of basic storytelling concepts or an editor to review your work, you’ll write a terrible outline, then make a terrible draft from it. Then you’ll have to rewrite 250 pages after all.

It’s One Step Removed From the Narrative

The outline is a representation of the story, not the story itself. That can make it difficult for some writers to work with. The representation may not give them an accurate feel for whether the plot is headed in the right direction, or if the hero is acting in character.

This is particularly problematic for writers who develop their world and characters as they write the narrative. To make a strong outline, it’s essential to have a feel for these elements first. That’s why writers who plan their work use exercises to flesh out their characters and world ahead of time, or at least alongside their work on the plot. But once again, these exercises are a degree removed from the story.

Outlines have to be treated like drafts – they might be revised 20 times before they are perfected. A scene in the outline might look like a great twist when zoomed out, but once on the page, it could feel far-fetched. Instead of stopping to make revisions, planners can be tempted to ignore these problems. Alternatively, they might miss opportunities for positive changes to the story, because it wasn’t part of their outline. A meticulous plan is difficult to let go of.

Whether you should outline depends on your writing goals, as well as your individual strengths and weaknesses.

Outlining fits the traditional method of learning. Just as you probably learned grammar in your English class by talking about subjects, objects, and verbs, writers are usually taught to become better writers through learning to recognize plot structure and narrative arcs. Outlining strips stories down to the skeleton, allowing writers to see that conceptual framework.

But if that’s a struggle for you, it’s possible to hone your storytelling intuition without turning to a cerebral approach. The key is reading – a lot. Read good books. Occasionally, read some amateur works just to compare. Most of all, read works you wouldn’t mind emulating, because for gut writers especially, style can rub off.

If done right, outlining can save loads of time. But you need to do your homework first; have your characters and world down pat before you begin. Then make sure to capitalize on the advantage outlining gives you by getting frank feedback on it from someone knowledgeable.

If outlines and exercises slow you to a crawl, but you can rapidly fill up those blank pages, it might be better to work with a draft. Instead of outlining, save yourself time by writing to the end before you revise; you could change your mind about the direction of your story several times.

Outlining provides clear benefits to those who want to review their story. If you’re having trouble connecting to your outline, try imagining your scenes in more detail as you read through them. Even if you need that blank page for inspiration, you can write your draft first, and then create your outline afterward. The outline can help you find problems and sort out the changes you need to make. Alternatively, some writers just use the first draft to develop the characters and the world. After they’re done, they scrap it altogether and write an outline. Then they write a fresh draft from their outline.

Once you stop outlining and start writing, remember that your outline is not final. If you find a major flaw or opportunity while writing your draft, you should stop and update your outline before proceeding. If you end up doing this regularly because of flaws you find, you should go back to the pre-outline homework.

Writing is a long, laborious process. Successful writers pay attention to what makes them feel productive, inspired, and insightful. If outlining does that for you, then great! If not, don’t feel guilty about leaving it out – no matter how many big names tell you it’s essential.