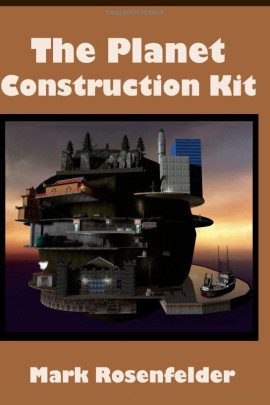 There are many tomes you can read to improve your skills; the worldbuilding skill is no exception. There’s one in particular I can personally vouch for: The Planet Construction Kit by Mark Rosenfelder.

A Complete Guide to Worldbuilding

Before I delve into the details, I should point out that this resource is somewhat misnamed. I purchased two books to review: this one, and one called World Building. I highly suspect that their titles were switched at birth. World Building is a kit for constructing planets, and The Planet Construction Kit covers everything you need to know about building a world (as in a setting for a novel, movie, or game). The World Building book proved to be interesting but dated; there have been game-changing developments in the field of astronomy since the late 90s (specifically, the discovery of worlds outside our solar system). The Planet Construction Kit, on the other hand, is much more recent (2010) and should age much more gracefully.

The Planet Construction Kit covers everything you’ll need to know to make your world, from the scientific bones (astronomy, geology, biology) to the meaty cultural layers (religion, daily life, history), as well as some practical skills (making maps and 3D models).  The only thing this book misses is language.  It’s not an oversight; the author has TWO more books on designing languages, and is a key speaker at conlang conventions.

The author of this tome, Mark Rosenfelder, knows his stuff when it comes to building a realistic world.  His best-developed world, Almea, is one of the best developed worlds period.  Which underscores the single serious issue I have with The Planet Construction Kit: the author is a master worldbuilder who engages his craft for its own sake.  It’s easy to get lost in a world’s construction, and forget to do something in that world: write a novel, for example.  If you’re already addicted to the craft, Mark Rosenfelder certainly won’t help you break free; he’ll inspire you to make more historical maps or write another day-in-the-life piece or construct a tech timeline.  If you need these things, this is most definitely the book for you.  If you feel like these might be superfluous distractions from your novel proper but you’re looking for any excuse to write them anyway: run away, because this book will be your excuse.

I consider myself fairly knowledgeable on most subjects covered by the author, yet I still found this book surprisingly worthwhile – a chapter didn’t always teach me new information, but I could always find new inspiration.  This book is rich in useful data, advice, and examples, all without the use of stuffy or academic language — exactly what one might expect of an obsessive self-educated hobbyist.

The Planet Construction Kit by Chapter

Most chapters are focused toward providing the reader with as many useful facts and examples as possible in order to create a realistic world. The author takes you on a tour of stellar classifications, climate zones, and army tactics in a style straddling the border between casual narrative and indexed compendium. You’ll come across strange forms of government throughout history, ship speeds and carrying capacities, Earth’s tech timeline, and a cache of other topics and resources.  Warning signs are posted at worldbuilding pitfalls: rubber-forehead aliens, overuse of the Euronormative “Standard Fantasy Kingdom”, overexplaining, and a range of other oversights and clichés.

Introduction: A good intro to what worldbuilding is, why you should do it, and how this book will help. Pretty straightforward, but worth reading.

E-Z Fantasy World: A curious little “what is your world like” quiz; a useful checklist for your world, but plan to skim or skip this until you need it.

Storytelling: How worldbuilding serves your story.  Plenty of advice and examples, but low on data compared to the next chapters.  Whatever you do, don’t skip the “If most stories were written like s.f.” section starting on page 23; this short story alone is worth the price of the book.

Astronomy and Geology: Your world needs a star, plate tectonics, winds, currents, climate zones and of course a moon.  (What self-respecting planet doesn’t have at least one moon?)  Find all about that here, in this data-rich yet accessible chapter.

Biology: Everything you need to know about exotic biochemistry, believable aliens and robots, and how food sources and climate drive culture – among many other things. SCIENCE!

History: How to make believable histories and alternate timelines, with plenty of examples from Earth and the author’s conworld, Almea.

Culture: A catch-all for everything from government, to travel, to economics; a wealth of tables and concrete examples. Likely the most practical chapter in the book for fantasy writers.

Daily Life: The local, individual, less concrete aspects of society; how the setting’s culture actually applies to a character. Plenty of examples, and some background on birth control, clothing, gender roles, house-building, etc.

Religion: How to make a religion believable and more inspired than a mere clone of medieval Catholicism or Greco-Roman Zeus-and-Friends paganism.

Magic: It’s obvious that the author, being (justifiably) so obsessed with accuracy and believability, approaches magic with a raised eyebrow.  The chapter starts thusly: “What’s a fantasy world without magic? A relief, if you ask me.  But fine, let’s put some magic in.” This is a surprisingly well-written (if short) chapter replete with useful examples, despite the author’s reluctance.

Technology: A streamlined chapter with a historical tech-timeline of Earth and a more detailed look at the technology level of iconic historical eras. This chapter could benefit from a little more discussion on alternate technological progressions; the examples and ideas are more Earth-centric than normal here.

War: Pretty much what you’d expect – and surprisingly interesting. There’s significant time spent on both historical examples and the future of warfare; this is one of the more useful chapters for science fiction authors.  Herein we discover that the author dislikes FTL (faster-than-light) travel for the same reasons he dislikes magic. But he still has some good advice and examples of how to implement it, especially in the context of warfare.

Making Maps, Illustrations, and 3D Modeling: these chapters are focused around practical advice and methodology (how to make… well, maps, illustrations, and 3D models) rather than examples and data. I found them to be the least interesting chapters, but your mileage may vary; if you need to know how to put together a believable fantasy map but you’re low on time and skills, this could be a big help. (Jessica’s post on mapmaking also has helpful tips.)

Further Reading: some highly useful resources are listed here, but they’re all print materials. For instant gratification, you’ll have to check out the book-specific resources and links he hosts on his website. And if you were disappointed that The Planet Construction Kit focuses too much on anthropology and not enough on constructing actual planets, one of these links will more than make up for that: Chris Wayan’s Planetocopia.

Should You Get The Planet Construction Kit?

And now, for the final recommendation. There’s no twist ending here: I’d give it an emphatic but qualified yes. The book is perfect for anyone who needs extra reference material and inspiration, but isn’t worried about getting lost in the world-maze and neglecting the prose. My “yes” is especially emphatic for authors of realistic or low-magic fantasy, for whom the book provides an additional +1 synergy bonus – but writers and game designers of science fiction, high fantasy, and alt-history settings would find this tome beneficial as well.  Not to mention: the book is only $14.95 for a print copy, and you’d be supporting a creative indie author. The sort of person you could sympathize with, maybe? Thought so.