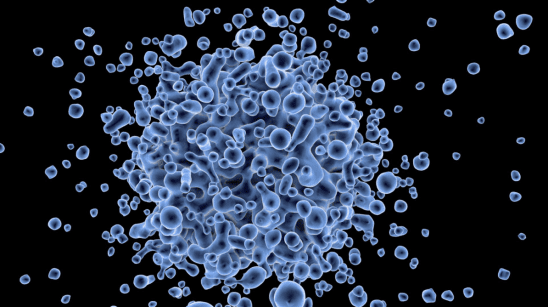 Not everything that goes viral is a picture with a funny caption. Fiction also spreads on such social media sites as Facebook and Tumblr. I’ve been analyzing viral stories as I’ve seen them, and I’d like to report back to all the interested writers out there.

But before you rewrite your story to make it more viral, you should know that what makes a story viral is not identical to what makes a novel a bestseller. To go viral, stories have to be super good at two things in particular:

The viral story only needs to get people as far as sharing, thereby transmitting the virus to the next host. It doesn’t matter if those people quickly forget about it afterward. Whereas for a novel, longer-term interest in the story is a necessity.

The Three Essential Qualities of a Viral Story

To put this in context, most stories rely on four qualities to gain popularity with readers: attachment, novelty, tension, and satisfaction (ANTS). The other three can play a lesser role in viral stories, as I describe later, but it is novelty that carries the day. Since novelty is capable of generating excitement very quickly, it’s the perfect match for viral ideas. Novelty’s biggest weakness is that it fades away over time – but that doesn’t matter in this context.

What ideas are novel enough to be a success? Often, they are a subversion of some kind. They take the conventions we see in everyday life and our stories, and they twist them on their head. For instance, let’s take this viral story about a grandmother and a demon. The idea comes from a writing prompt:

writing-prompt-s: An old and homely grandmother accidentally summons a demon. She mistakes him for her gothic-phase teenage grandson and takes care of him. The demon decides to stay at his new home.

Instead of the demon being a flesh-ripping monster and the grandmother being afraid, we have the exact opposite.

That’s probably why many viral stories open not with the story itself but with a couple people on social media who come up with the novel idea. Then someone responds with the story.

For instance, here’s the lead up to this story about elder beings and espresso.

m4ge: i walk into starbucks and order a pumpkin spice latte with 13 shots of espresso. i tell the barista that i intend to transcend humanity and become a god. i ask for no whip cream

avantgaye: you say this jokingly but i had a customer actually order a pumpkin spice latte with 9 shots of espresso (also no whip) and when i asked her to verify that she did indeed want 9 shots of espresso she looked me dead in the eyes and said “i have 5 kids”

witchcraft-with-space-bean: I once had a woman come in and ordered an Americano with 19 shots of espresso. The drink took ages. It held up the line. I asked her why, and she shrugged and said “I just don’t care”. We still talk about that woman. We never saw her again.

Those opening lines may look like an accident of the story’s social medium, but I think they perform as a teaser. The potential reader doesn’t have to commit to reading a whole paragraph or get through lines of scene setting; they can read the one or two sentence teaser and decide if it’s interesting enough to continue. This lures people in.

These interactions are probably also common in viral stories because they’re a sign that the story’s idea has been vetted. If an idea isn’t novel enough, it will die without attention. If it gets more votes, that means it could generate enough excitement to be a success.

When the story proper begins, it will capitalize on the novel idea to the maximum extent possible, using all the same best practices we’ve recommended when implementing novelty in stories. Mainly, it will use a wealth of details to bring the idea fully to life.

After the writing prompt about the grandmother and the demon, the story opens this way.

eatbreathewrite: It isn’t uncommon for this particular demon to be summoned—from exhausting Halloween party pranks in abandoned barns to more legitimate (more exhausting) ceremonies in forests—but it has to admit, this is the first time it’s been called forth from its realm into a claustrophobic living room bathed in the dull orange-pink glow of old glass lamps and a multitude of wide-eyed, creepy antique porcelain dolls that could give Chucky a run for his money with all of their silent, seething stares combined. Accompanying those oddities are tea cup and saucer sets on shelves atop frilly doilies crocheted with the utmost care, and cross-stitched, colorful ‘Home Sweet Home’s hung across the wood-paneled walls.

The story will stay fixated on the exciting idea from start to end. However, that end will come quickly – most of the viral stories I’ve seen are flash-fiction length. The longer the story is, the more time there is for that burst of excitement to fade. If someone keeps reading a story until it’s no longer amusing to them, they may not share it.

In this instance, the author of this excerpt actually wrote a story in four parts, but only the first part was included in the story that went viral. It probably didn’t help that there was a month between part one and part two, but the beginning of part two also stops emphasizing the novel contrast of demon and grandma. So instead, the viral version continues after part one with several contributions from other writers who keep up the novelty.

Where the Other ANTS Fit In

For a story to live beyond a brief burst of enthusiasm, it needs something besides novelty to sustain it. However, it’s hard to get the other ANTS involved in a viral story. Viral stories need to create maximum excitement in as few words as possible, but the other ANTS don’t come in to their own without investment. Emotional attachment usually requires getting to know the characters. While tension does play a small role in many viral stories, it’s much more effective if there is already attachment. Satisfaction requires an entire story’s worth of attachment and tension.

You might have noticed I said attachment usually requires getting to know the characters. However, in rarer cases, I’ve seen attachment itself go viral. Take a look at this image of a shabby old witch staring longingly through a store window. This witch is what’s called a woobie – a character designed to make people feel sorry for them. Sympathy is a powerful source of attachment.

I don’t think it’s a coincidence that this is an image rather than text. The image allows the audience to take in details and feel sympathy for the character much faster than words would. Is it possible for sympathy to make a story go viral without using an image? I’m honestly not sure.

However, sympathy can be slipped into a story with high novelty. In fact, the “old and homely grandmother” of the grandmother-and-demon story bears remarkable resemblance to the old witch in the woobie image. eatbreathewrite builds more sympathy for her while the novel theme of the story is still in full swing.

[Grandmother to demon] “I hope you enjoyed all of the presents I sent you. You never write back—but I am aware most people use that fancy E-mail these days. I just can’t wrap my head around it. I do wish your mom and dad would visit sometime. I know of a wonderful little café down the street we can go to. I haven’t been; I wanted to visit it with Charles, before he…well.” She falls silent in her rambling, staring into her coffee with a small, melancholy smile.

I think the successful development of attachment is why the grandmother/demon story went viral at 2,700 words, whereas the espresso story is only a little over 600.

To show you how this helped the story, let’s look at the turn of events created by wickedwitchofthewifi. By this time, the grandmother is now named Anette, and the demon is called Todd (after the grandson she mistook him for).

[When] Anette passes away, Todd is by her side. When the reaper comes for her Todd asks about the fate of her soul. In a dispassionate voice the reaper informs Todd that Anette spent the last few years of her life cavorting with creatures of darkness, that there can be only one fate for her.

This is a departure from capitalizing on the novelty of grandmother and demon. But the novelty is replaced with something else – tension. It works because the audience has grown attached to the grandmother; they now care that her soul is in danger. When wickedwitchofthewifi resolves that tension, they get satisfaction too.

Social fiction is a medium of its own, and so it comes with its own requirements. However, social behavior is a great way to discover what content audiences find most engaging. I hope everyone – big budget studios in particular – will start giving it more attention.