Why D&D-Style Hitpoints Aren’t An Abstraction 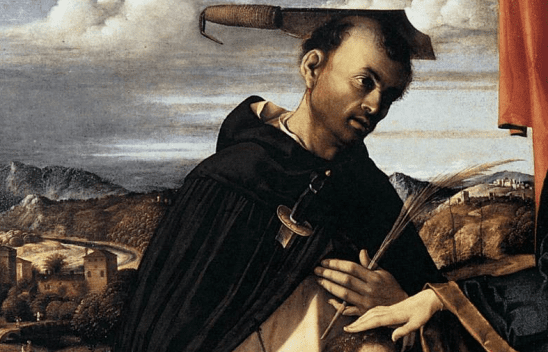 It should be obvious by now that hitpoints like those found in D&D, Pathfinder, and similar games don’t make any sense. Characters can take a dozen hits or fall from a great height and walk away unscathed. Normally, there’s no reason to harp on how absurd this is other than to discuss how new games can do better.

But every once in a while, someone will hit upon the idea that D&D-style hitpoints are actually an abstraction, so they make perfect sense. They don’t represent physical health, the argument goes, they represent stamina or maybe a character’s narrative plot shields. This take seems to be getting more common, and I’ve even seen it written into RPG books themselves like some sort of charm against criticism.

This argument doesn’t hold up, but it has the potential to set game design back a decade if too many people take it to heart. That means it’s time to talk about exactly why D&D-style hitpoints will never feel like an abstraction, so we can put this idea to bed.

The first hurdle you run into when trying to imagine D&D-style hitpoints as an abstraction is the way the rules are described. The word “hit” certainly implies that hitpoints refer to being physically struck rather than some kind of near miss or immaterial scratch, but that’s not all.

The terminology found in abilities that give hitpoints back is even thornier. The most well known of these are D&D’s Cure Wounds spells. These spells are described as healing physical injuries, just like their title implies. If hitpoints represent abstract stamina rather than actual damage, then what wounds are being cured?

This isn’t just an issue in fantasy systems. Games set in a modern universe usually have a First Aid or Medicine skill that performs the same function, restoring hitpoints as if the character had suffered an actual injury. At this point, it starts to seem like characters with hitpoint loss spontaneously generate a wound to be healed once the medic comes over.

The problem goes beyond healing. Most games refer to a successful attack roll as a “hit,” not a “near miss that tires your opponent out.” Characters have an Armor Class or a Dodge Difficulty, again giving players the impression that they’re making physical contact. It’s an uphill battle to convince players they haven’t really taken a dozen sword hits when everything in the rules says they have.

Everything Else Is Simulationist

Let’s say you can get past the terminology issues. The next hurdle you’ll run into with abstract D&D hitpoints is that most systems that use them are otherwise incredibly dedicated to simulating the real world.

These simulationist systems have precise rules for how many seconds are in a round, how many times a character can attack in that round, and even how many feet they move in those few seconds. Range increments are precisely calculated in real measurements, and cover bonuses are assigned based on what percentage of the character’s body is hidden.

Some games go even further, with precise distances for how far a character can jump based on their height or carefully calculated rates of ammo consumption. When a game is that detailed about most elements, GMs can’t expect players to suddenly switch gears and view health as a vague abstraction that could mean anything.

More specifically, GMs can expect players to do that, but a lot of them won’t. Players will naturally assume physical damage is as precise and simulationist as the rest of the game. This is what they’ve been primed to expect, and telling them that’s not the case doesn’t create good results.

The Implications Are Absurd

Let’s assume a player can get past a game’s terminology and other simulationist aspects to view D&D-style hitpoints as an abstraction. Next, they have to deal with the ridiculous cartoon world that abstraction creates. It’s bad enough when they’re only dealing with melee attacks. Sure, the fact that a max damage hit doesn’t even phase a mid-level enemy makes it feel like the PC is wielding foam weapons, but it’s not too difficult to imagine an opponent bending to avoid the blow or raising a shield in defense.

The absurdity really starts when you get into area effect weapons. In fantasy games, these are usually spells like Fireball, while modern and scifi systems use grenades. Either way, D&D-style hitpoints allow characters to survive a ball of fire or fragmentation grenade going off at their feet, and it’s really hard to explain that with an abstraction.

All the normal ways a character might survive an explosion are forbidden by other rules. The character can’t run away because that would violate movement rules. They can’t hide behind something because there are usually precise rules for cover, and hitpoints function the same way even if the character is standing in an empty room. All you’re left with is the image of a Looney Tune getting blown up only to wipe the soot off their face and keep going.

Then you get into natural damage from things like falling or fire. High-level characters with D&D-style hitpoints can survive hundred-foot falls with ease or stand within a raging inferno as the fire plinks away at their HP. What kind of abstraction do you use for that, exactly? The only way it doesn’t completely shatter the group’s suspension of disbelief is if this is a campaign about Greek heroes from the Iliad.

No matter how many people try to excuse D&D-style hitpoints as an abstraction, they’ll never get around the fact that having a lot of HP is indistinguishable from being able to soak up absurd amounts of physical damage. We’ve already covered how characters get more HP from a higher stamina attribute, and how healing spells return HP like they’re fixing an injury, but it goes further.

Consider a fairly common action scenario: holding someone at gunpoint, or bowpoint as the case may be. The drama of this situation comes from one character not being able to do anything for risk of being shot. But under D&D-style hitpoints, that character can either rush their enemy or calmly walk away, confident in their ability to shrug off the one or two hits they might receive.

A similar dynamic occurs when a high-level character goes out to fight a horde of low-level enemies. In prose or film, we’d see the character employ clever tactics to avoid fighting all their enemies at once, or maybe they’d sport some kind of magical talisman that protects them from harm. But with D&D-style hitpoints, none of that is necessary. The PC can soak up dozens of arrows and swords standing perfectly still, just by virtue of their hitpoints.

At this point, it doesn’t really matter if hitpoints represent abstract stamina or the number of bullets a character can absorb before keeling over because it’s become a distinction without a difference. No matter how cleverly the GM describes near misses and battle fatigue, D&D-style hitpoints still create a world where no one above level three or so needs to fear physical damage, unless it’s from one of those rare abilities that can mysteriously kill without having to deal with hitpoints at all.*

Abstract Health Must Actually Be Abstract

The idea of using abstract hitpoints isn’t inherently bad. In fact, I generally prefer it over systems that try to be hyper-realistic. It turns out that trying to accurately simulate injury to the human body is a real pain. But the hitpoints must actually be abstract; they can’t just be labeled that way after the fact.

Many systems have managed this over the years. 7th Sea has an excellent system of flesh wounds and dramatic wounds, with the former representing all the inconsequential scrapes that swashbuckling heroes get. Fate uses a narrative system to represent how well a character is doing in the fiction. Mouse Guard assigns an extremely abstract “disposition” to each side of a conflict to represent how close they are to winning.

Each of these systems has a different approach, but they all have one thing in common: their hitpoints were designed to be abstract from the beginning. They weren’t given that label as a way to deflect legitimate criticism.

Save or Die spells, we often called them.