Why You Shouldn’t Worry Someone Will Steal Your Manuscript 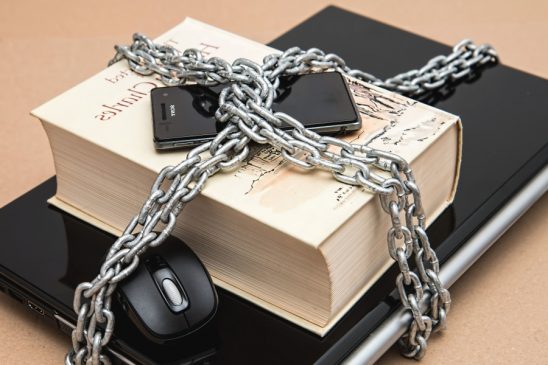 Writers seeking feedback on their work are frequently afraid someone will steal it. This culture of fear is really unfortunate, because while plagiarism in fiction is quite real, people working on a manuscript have no reason to worry.

Disclaimer: While this article contains some basic legal information, I am not a lawyer. Please consult an actual lawyer when making legal decisions.

Thieves Steal Works That Are Published

If you research famous plagiarists or look up big court cases, you’ll notice a pattern: the works stolen from are published, and in many cases, best sellers. By published, I mean they were available to the public. That includes traditionally published books, self-published books, and works posted to public or semipublic parts of the internet.

While there are a few cases involving a copyright lawsuit brought by someone with a fiction manuscript, I couldn’t find one that looked legitimate. Most likely, the fear of having their work stolen caused these writers to think it happened to them, when the weak similarities between their manuscripts and a published work were just a coincidence.

Plagiarists have strong reasons to stick to published works:

On top of all that, plagiarism isn’t something that lots of fiction writers are doing. Most fiction writers are very much in love with their own ideas. Story theft on places like Amazon happens because the small number of plagiarists do it a lot. The chances that one of those few plagiarists will encounter your work is much higher if it’s widely available to read.

Your Text Is Protected by Law

There are many myths about copyright, the legal framework that protects people from having their creative work stolen. Frequently, people think they have to register their work or post a copyright notice on it, or it won’t be protected by law. In almost all countries, that’s not true. You own the copyright to every sentence you write the moment you type it on a computer or scribble it on a sheet of paper – unless you’ve signed that right away or are writing under a work-for-hire agreement.

That makes it illegal for someone else to share or reproduce your manuscript without your permission. If they do take text from your work and use it in their own, you can sue to recover the money they made or stop what they’re doing.

However, in the United States in particular, there are benefits to registering your copyright. First, in the US you can’t take legal action until you do. While you can register a copyright after you discover your work has been plagiarized, the process might take months. Second, registering your work early allows you to receive more in a settlement. You might get the plagiarizer to pay all of your legal fees, making enforcement more affordable.

You probably still don’t want to register before your work is published. The information you put in a copyright registration is public – expect lots of spam emails. It’s only worth it once your work is actually at risk of being stolen.

While the specific narration you create is legally protected, the ideas you express aren’t. You might have a copyright case if someone takes your entire plot, point by point, and uses it for their story, but otherwise the judge will probably decide the resemblance is too vague and abstract to be copyright infringement. So, anyone can take the basic premise of any other work and use it without legal repercussions.

Honestly, this is how it should be for a few reasons. First, many people have the same ideas by complete coincidence, even really specific ideas. Writing would be an extremely risky profession if the first person to come up with an idea got dibs on it. Second, ideas aren’t what makes a story popular. The value of a story is 1% ideas and 99% implementation. Your skill in translating ideas to prose will make or break your story. Anyone who takes an idea from your work must rely on their own skills to bring it to life. The result will be a story that’s completely different from yours.

It’s unlikely that two stories with a similar concept will even compete with each other significantly. Consider the case of Snow White and the Huntsman and Mirror Mirror: two movies based on the same fairy tale, and both came out in 2012. Why didn’t either studio delay their release so the movies wouldn’t compete that year? No need. Snow White and the Huntsman is epic fantasy action; Mirror Mirror is family-friendly comedy. They don’t even share a target audience.

In the unlikely event someone takes ideas from your story and is wildly successful with them, that could even be good for you. After a big hit, readers and publishers hunt for similar works.

Fear of manuscript theft discourages writers from getting the help and feedback they need. Writers wonder whether it’s safe to network with other writers online, use writing software, or even send their work to an editor or agent. We already have to get over a steep learning curve without making it harder than it needs to be.

Software designed to enable writers to give each other feedback often has protections against stealing. For the makers of such software, this is probably a business necessity. So many of their customers are concerned about theft that they have to address it. But anti-theft protection on manuscripts often makes it difficult for beta readers to highlight or quote individual lines of text. A single misinterpreted line of text can be enough to turn a reader against a character or cause a confusing experience. So, identifying the actual text that influenced readers is a critical part of addressing reader feedback.

Last, an overblown fear of theft makes people see plagiarism where it doesn’t exist. Instead of crediting a few odd similarities to coincidence, many people conclude that one work took material from another. This is a problem for all writers. You never know when someone will conclude that you stole their story because you both have a blue-haired protagonist with wings or a reveal that the cat is the true villain. While the courts are unlikely to conclude that this is plagiarism, going to court can cost a lot of money and heartache.

Mythcreants has hundreds of articles freely available to the public, and some of them have been stolen. As infuriating as this is, the emotional impact of theft is often the biggest harm. A common assumption is that every sale of a plagiarized copy or download of a stolen one is a sale lost for the true author, but that’s just not true. While it’s impossible to know the precise monetary impact of having your work stolen, it’s safe to say it won’t end your career. On the other hand, stealing from others could end your career. So while registering your published works is a prudent move, you don’t need to compromise your writing process for fear of what thieves might do.