Your Plot Is a Fractal 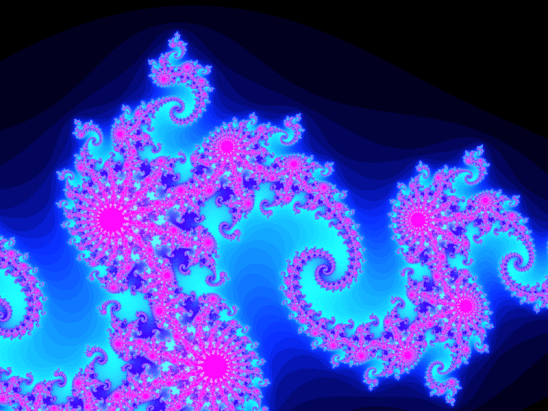 Have you ever wondered how to plot a series of novels instead of just one? Or how to structure a single event that takes only half a scene? If so, I have good news for you: you never have to be confused by scale again. That’s because your plot is a fractal.

The Basic Structure of a Story

To be a fractal, there has to be a structure that repeats. Otherwise we would just have the snowflake method, which is a recursive way of creating plots – but without reusing a shape at each step. A story’s structure, at a very basic level, is only three essential pieces:

How This Structure Repeats

This basic structure can appear at any size, from a paragraph all the way up to an entire series. The only difference is in the level of detail. Stories can’t be magnified indefinitely, so the three-part structure will become more complex when it grows larger, and less complex when it shrinks.

At the bigger sizes, such as a whole movie or book, we can see more peaks and valleys as the protagonist first refuses and then commits to changing, or undergoes a crisis before the climax. Down at the scene level, there’s only room for the basic three step structure. A single paragraph could have just an opening and closing, with the climax enveloped by one or the other.

But any story that’s bigger than a short short has enough detail for at least a second level of structure. The first level usually encompasses the entire story, while the second level is each scene. However, the size of each level is flexible – the smaller units could be two or three scenes each, instead of one. What’s important is that there are smaller structures inside a bigger one; this hierarchy helps the audience stay happy and engaged.

The Fractal in Action: Harry Potter

If you’re not with me yet, don’t worry. I’ll show you how the fractal works by outlining it in the Harry Potter series. Joanne Rowling uses story structure masterfully. At some points I can find five levels to her fractal.

Harry felt restless. He wanted Quidditch Through the Ages back, to take his mind off his nerves about tomorrow. Why should he be afraid of Snape? Getting up, he told Ron and Hermione he was going to ask Snape if he could have it.

The opening sentence declares a problem – Harry’s restlessness. One of the questions it invokes is what Harry will do about his restlessness, and the last sentence resolves that for us.

Why You Should Write in Fractals

Fractal structure isn’t just a matter of coincidence; it serves some important functions. Imagine if Joanne Rowling had made the Harry Potter series completely episodic, neglecting the outermost structure. Without the big opening hook, fans who read the first book wouldn’t have a compelling reason to continue the series. If on the other hand, the series plot was all there was, they wouldn’t get a dose of satisfaction at the end of each book. As the series continued, they could become increasingly frustrated with the lack of resolution – just like the fans of a popular series that is showing on HBO right now. And if Rowling neglected too many climaxes, opening hook or not, fans could get bored and abandon the series.

This doesn’t mean episodic or purely overarching stories don’t have their uses. What it means is that you don’t need to end your chapters on a cliffhanger to keep your audience engaged; just remind them of the larger story they’re reading. It also means you don’t have to resolve every plot strand at the end of each book in a series; you can keep them happy with a smaller closing. Structuring your stories this way means that your audience is more likely to enjoy and finish your series, books, chapters, and scenes.